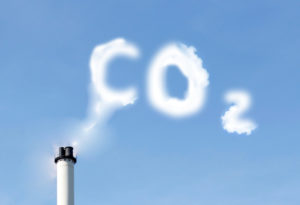 On May 18, 2016, the Ontario Legislature passed Bill 172, the Climate Change Mitigation and Low-Carbon Economy Act, 2016 (the Act). Among other things, the new law sets the province’s GHG reduction targets through 2050 and creates the framework for a cap-and-trade program. Here’s a look at the Act, related new regulations and their key elements.

Related Regulations: In connection with the Act, the Ministry of the Environment and Climate Change posted the following new regulations and related guidelines to the Environmental Registry on May 19, 2016:

Key Elements: The key elements of the new law include:

GHG reduction targets and reporting. The Act spells out the province’s targets for reducing GHGs:

These targets may be adjusted in the future in response to any temperature goals recognized by the parties to the UN’s Framework Convention on Climate Change.

In addition, the Act and GHG Emissions Regulation require the owners or operators of facilities at which specified GHG activities occur to measure and report their GHG emissions for each calendar year.

Cap-and-trade program. The Act also creates a framework for the establishment of a cap-and-trade program to limit and reduce the release of GHGs by major emitters. The overall cap on GHG emissions for the first year of the program is 142 megatonnes (Mt) per year, which declines to 125 Mt per year by 2020. The Cap And Trade Regulation spells out which emitters will be required to participate in the cap-and-trade program and which may participate voluntarily. It also specifies how carbon allowances will be allocated.

Here’s how the cap-and-trade program will work: A prescribed facility can only emit as much carbon dioxide (CO2) as it has allowances for, with one allowance being equal to one tonne of CO2. To comply with the program, facilities can reduce their emissions to below their cap or buy additional carbon allowances (or credits). If a facility reduces its emissions below the cap, it’ll have credits that it can then sell at an auction. Similarly, if the amount of CO2 emitted by a facility exceeds its allowances, it must purchase additional allowances or credits at the auction to cover its overage. Note that only registered participants will be permitted to buy, sell, trade or otherwise deal with Ontario emission allowances and credits.

Ontario is expected to run its carbon auctions through the Western Climate Initiative (WCI). BC, MB, ON and QC are working together with California through the WCI to develop and harmonize their emissions trading programs. (Québec and California have already held several carbon auctions together.) The first auction of Ontario allowances is scheduled to be held in March 2017.

As the preamble to the Act explains, a key purpose of the new law and regulations is to establish a broad carbon price through a cap-and-trade program that’ll change behaviour and spur low-carbon innovation. In addition, all revenue generated from the carbon auctions will be deposited in the province’s new Greenhouse Gas Reduction Account and reinvested in green projects and initiatives that are reasonably likely to reduce or support the reduction of GHG emissions, such as clean-tech innovations for industry, electric vehicle incentives and charging stations, home energy audits and social housing retrofits.