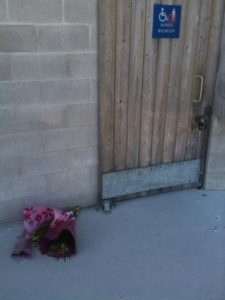 In most prosecutions for violations of the OHS laws, the defendant is a company or corporation and sometimes an individual within that organization, such as a supervisor. But other types of organizations that employ people can be charged with safety offences, including government entities such as cities and municipalities. In addition, when a safety incident results in an OHS violation, that incident almost always involves one or more workers. However, in a recent Ontario case, a city was charged with an OHS violation based on the death of a young student in a wall collapse in a park bathroom. Here’s a look at this unusual case.

What Happened: In 2009, a 14-year-old girl was in a public bathroom at a city park. When she tried to climb onto a changing table that was attached to a concrete privacy wall, the wall collapsed on her, causing fatal injuries. The MOL’s investigation concluded that the wall had been improperly constructed because it hadn’t been anchored or tied into the exterior wall or the floor of the bathroom. Both the architect and engineer had signed off on the drawings for the bathroom’s construction, which the city then relied on in issuing the necessary building permits. The government charged the city, architect and engineer with OHS violations. The charges against the architect and engineer were dismissed because they were filed after the deadline for OHS charges had expired. The charge against the city went to trial.

What the Court Decided: The Ontario Court of Justice dismissed the charge, ruling that the prosecution had failed to prove it beyond a reasonable doubt.

How the Court Justified the Decision: The prosecution had charged the city with violating Sec. 25(1)(e) of the OHS Act by failing to ensure that a wall or other part of a workplace was capable of supporting all loads to which it may be subjected, without causing its materials to be stressed beyond the allowable unit stresses established under the Building Code Act. But the Building Code Act abandoned the term “allowable stress units” in 1997. The OHS Act continued to refer to the concept of “allowable unit stresses” until 2011, when the law was finally changed. So the court concluded that Sec. 25(1)(e) didn’t apply to the circumstances of this case because, as the law read in 2009, it incorporated by reference a standard that didn’t exist at the time of the bathroom’s design and construction. Thus, the court ruled that the government hadn’t proven the elements of the offence beyond a reasonable doubt.

However, in the event the court’s above ruling was later found to be incorrect, it also addressed the city’s due diligence defence. It found that the city reasonably relied on the professional stamps of the architect and engineer as evidence that the plans for the bathroom’s construction complied with all legal requirements. Thus, the court concluded that the city had reasonable believed in a mistaken set of facts that rendered any act or omission on its part innocent. In addition, the court ruled that the city had taken all reasonable steps to avoid the incident [The City of Guelph, Justice Epstein, Feb. 12, 2013].

The Guelph case is interesting for a few reasons. First, as noted above, safety charges against government entities such as cities are fairly rare. Second, the incident that lead to the charges didn’t involve the death of a worker but of a member of the general public. Although that fact wasn’t a focus of the court’s ultimate decision, the court did note that the improperly built wall was a danger to not only members of the public but also workers who were periodically present in the bathroom. (I wonder how this case would fair under the test for incidents involving non-workers recently spelled out by the Court of Appeal in the Blue Mountain case.) Third, the city won because the court found that the prosecution had failed to prove the charges beyond a reasonable doubt, essentially dismissing the charges on a technicality. It’s far more common for safety prosecutions to be resolved based on the success or failure of the due diligence defence. Lastly, the court alternatively ruled that the city had made out both types of the due diligence defence, including the rare and far less successful reasonable mistake of fact defence. (For more on this branch of the due diligence defence, see “The Flip Side of Due Diligence, The ‘Reasonable Mistake of Fact’ Defence,” Insider, Sept. 2006, p. 1.)