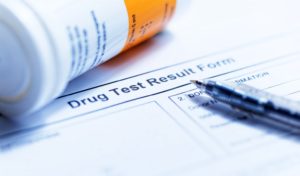 Labour arbitration boards have served as the primary battlefield in the decades-long war between employers and unions over the legality of workplace drugs and alcohol testing policies. However, if it holds up on appeal, a recent Ontario case would remove certain kinds of testing policies from an arbitrator’s review. The bar on arbitration would apply in the narrow situation where an employer adopts a testing policy incorporating requirements of a government regulation specifically created to regulate health and safety issues in that particular workplace. Here’s the lowdown.

After 10 years of carefully studying the problem, the federal Canadian Nuclear Safety Commission (CNSC) issued a regulation requiring nuclear power plants to perform random, post-incident, reasonable cause and pre-assignment alcohol and drug testing in the workplace. The testing requirements applied to 2 sets of employees: safety-critical workers and safety-sensitive workers. The plants then added testing rules for a third set of employees not covered in the regulations: those with access to protected areas of the plant.

To nobody’s surprise, the unions grieved when the plants tried to implement the extensive new testing rules. They also asked the Ontario labour arbitrator to “stay,” that is, bar the plants from enforcing the policy until there was a ruling on the merits of the grievance. And, of course, that could take a year or more.

In a significant ruling, the arbitrator denied the stay. Translation: The plants could enforce the testing policies unless and until a court or tribunal struck them down as invalid. The arbitrator’s ruling didn’t address the policies’ legality. It simply concluded that it lacked jurisdiction, i.e., legal authority, to prevent enforcement of testing policies incorporating regulatory requirements mandated by a federal agency like the CNSC.

Exception: The unions scored a minor victory by securing a stay on the requirements for employees who weren’t safety-critical or safety-sensitive but had access to protected areas of the plant. Since the CNSC regulations didn’t cover those employees, the testing rules for this group were subject to arbitration review [Ontario Power Generation, Bruce Power, Power Workers’ Union, Society of United Professionals, The Chalk River Nuclear Safety Officers Association and International Brotherhood of Electrical Workers, Local 37 v Canadian Nuclear Laboratories and New Brunswick Power, 2021 CanLII 65284 (ON LA), July 8, 2021].

The unions will very likely appeal which would lead to a showdown in court. But if it survives the appeal, the principle of barring arbitrator review of drug testing policies that are directly required by federal regulation would establish a potentially significant loophole allowing for random testing of safety-sensitive workers in certain federally regulated settings.