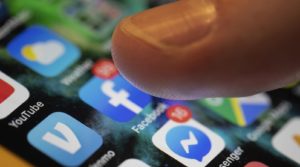 On March 31, 2021, the Government of Canada unveiled new measures to combat online “harms” including hate speech. The announcement was made in an online interview with Heritage Minister Steven Guilbeault, presented by Canada 2020, a “leading independent progressive think-tank,” as the first of its ongoing “Democracy in the Digital Age” series streamed on the organization’s Facebook page.

The proposed legislation as described by the Minister will establish a new regulator tasked with implementing new rules restricting the content of online speech, and monitoring for compliance. Non-compliance may result in significant financial penalties. The regulator will have expertise particular to social media and online harms.

The law will target five categories of dangerous content:

The Minister confirmed the bill will not  address the increasingly worrisome issue of misinformation (or “fake news”), as doing so is too complex and “too risky” for government regulation.

Features of the new law will impose a 24-hour takedown obligation on platforms, with takedown decision to be based on guidelines to be provided by the regulator, which would also police platform’s compliance. An appeal mechanism will be mandated, to ensure that posts by equity seeking groups are not inadvertently censored.

The proposed legislation was not opened to public consultation, but Minister Guilbeault confirmed that “a number of ministries were involved,” as well as “civil society organizations,” academics, human rights organizations, Amnesty International, several online platforms that would be affected by the law, and “a number of governments around the world” including France, Germany and Australia. Australia’s e-Safety Commissioner proved particularly influential in this process. He noted that relatively few governments around the world have implemented similar laws. The  Minister advised that the legislation is intended to provide a framework for the more specific decisions to be made by the regulator, and that the means by which the regulator implements the law will  be subject to public consultation.

This move to police toxic content online is part of a three-pronged approach to internet regulation that also includes Bill C-10, a proposed law intended to bring streaming services under the jurisdiction of the Broadcasting Act  (and to require them to fund Canadian content), as well new legislation governing the media, to be announced later this spring.

Minister Guilbeault advised that the legislation will be tabled in the coming weeks, though it is unclear how long its passage through a minority parliament and eventual implementation will take.

If implemented, these measures will increase the regulatory burdens of social media companies, though some have already welcomed the entry of the government into this space, in hope that more prescriptive guidance will clarify government’s expectations of online platforms.

Read the original article on GowlingWLG.com