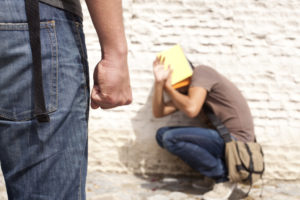 A worker got angry when a co-worker asked him to switch machines. The co-worker was talking to a colleague about the worker’s refusal to switch when he threw a metal pipe at them. No one was hit. A supervisor told the worker he was suspended pending an investigation. The worker got mad and behaved aggressively, throwing his gloves and arm sleeves in the supervisor’s direction before storming out. He was fired. The union agreed discipline was warranted but said termination was excessive. The arbitrator disagreed. The worker had a quick temper and failed to complete anger management counselling. In addition, he didn’t apologize or express remorse for his actions [Walker Exhausts v. USW (Local 2894), [2012] CanLII 42290 (ON LA), July 19, 2012].