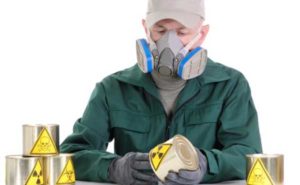 A supervisor asked a worker to wash a conveyor. He refused, claiming it was unsafe to wash the conveyor because it would generate airborne dust. The employer investigated the refusal and concluded that the task wasn’t unsafe provided the worker used a respirator and followed designated procedures. When he continued to refuse, the MOL investigated and agreed with the employer. The worker still refused to wash the conveyor, saying he didn’t have his respirator or his fit card indicating his appropriate model and size respirator. And he claimed not to recall that information. So the employer fired him. The worker claimed the termination was a reprisal for his work refusal. But the Labour Relations Board ruled that the worker was fired for continuing to refuse work that had been determined not to pose a danger to him. And there was evidence his fit card had been in his locker the whole time [Dagenais v. Glencore Canada Corp. Kidd Operations, [2014] CanLII 18533 (ON LRB), April 8, 2014].