OK to Fire Bus Driver for Using Cellphone While Driving 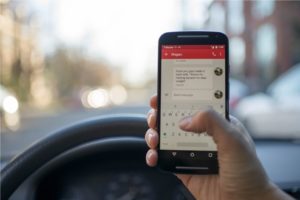 A bus driver at a big petrochemical construction site was desperate to talk to her manager but couldn’t reach him all day. Finally, her phone rang. It was him. She was shuttling a work crew at the time and knew that picking up the phone violated the company’s zero tolerance no-using-cellphones-while-driving policy. But, alas, she couldn’t help herself. From there, Murphy’s Law took over. A worker spotted her and reported it to management resulting in her immediate dismissal. The union grieved but to no avail. The driver had a spotless disciplinary record, the Board acknowledged. But the company’s safety interest in keeping drivers off their cellphones was compelling and overriding, it concluded [Diversified Transportation Ltd. v General Teamsters, Local Union No. 362, 2017 CanLII 55929 (AB GAA), July 24, 2017].