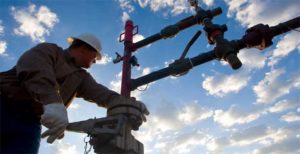 Many oil and gas extraction and processing activities raise environmental and other concerns. That’s especially true of hydraulic fracturing (commonly referred to as “fracking”), which involves the high powered injection of water and chemicals into a drilled area to release natural gas. For example, opponents of fracking have questioned whether the practice causes earthquakes and endangers the health of workers who work at fracking sites. Another group that may also be impacted by these operations is the residents who live near these and other natural gas sites. For example, a recent study by the National Institutes of Health (NIH) found that the proximity of natural gas wells may be associated with the prevalence of skin and respiratory conditions in residents living near natural gas extraction activities. Here’s a look at the study and its findings.

The researchers conducted a health symptom survey of 492 people in 180 randomly selected households with ground-fed wells in an area of active natural gas drilling. The survey asked whether the respondent or any household members had experienced any of the conditions in the past year. It also asked general yes/no questions about concerns of environmental hazards in the community, such as whether respondents were satisfied with air, water or soil quality, environmental noise and odors, and traffic—but didn’t specifically mention natural gas wells, fracking or other natural gas extraction activities. The researchers then compared the gas well proximity for each household with the prevalence and frequency of reported dermal, respiratory, gastrointestinal, cardiovascular and neurological symptoms.

The study found that the average number of reported symptoms per person in households less than one kilometre from a gas well was greater compared with those living more than two kilometres from gas wells. Specifically, individuals living in households less than one kilometer from natural gas wells were more likely to report having skin conditions over the past year (13%) than residents of households more than two kilometres from a well (3%). The same was true for reported upper respiratory symptoms: 39% v. 18%. And the link between symptoms and well proximity persisted even after adjusting for age, sex, smokers in the household, presence of animals in the household, education level, work type and awareness of environmental risks. These findings are consistent with earlier reports of respiratory and dermal conditions in persons living near natural gas wells. (Note that for the other groups of health symptoms examined, there wasn’t a significant relationship between the prevalence of symptom reports and proximity to the nearest gas well.)

The researchers concluded that there were several potential explanations for the finding of increased skin conditions among inhabitants living near gas wells, including:

As to the increased reporting of upper respiratory symptoms among persons living near natural gas wells, airborne irritant exposures related to natural gas extraction activities could be playing a role. Such irritant exposures could result from a number of activities related to natural gas drilling, including flaring of gas wells and exhaust from diesel equipment. Because other studies have suggested that airborne exposures could be a significant consequence of natural gas drilling activity, further investigation of the impact of such activities on respiratory health of nearby communities should be investigated, recommended the researchers.

The NIH study isn’t the first on the possible health effects of fracking. (See, “Study: Air Emissions Near ‘Fracking’ Sites May Be Hazardous.”) But the study’s findings that natural gas drilling activities could be associated with increased reports of dermal and upper respiratory symptoms in nearby communities suggests the need for more research into the health effects of natural gas extraction activities. And keep in mind that if residents living near natural gas wells could develop such symptoms, then your workers are likely at risk, too.