OHS VIOLATIONS: A Look at Sentencing Factors Applied in an Actual Case 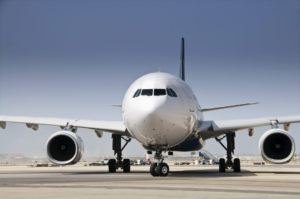 The OHS laws and “case law”—that is, decisions by courts in other cases—may spell out the factors that courts should or must consider when determining the appropriate sentence for a company or individual convicted of a safety offence. For example, many courts across Canada rely on the factors spelled out in the case R. v. Cotton Felts Ltd., [1982] 2.C.C.C. (3d) 287 (ON C.A.), when determining the appropriate sentence for a defendant that committed a safety violation. These factors fall into two general categories: aggravating factors, which weigh in favour of a harsher sentence, and mitigating factors, which weigh in favour of a lighter sentence. Here’s a look at a case from the Northwest Territories that illustrates how courts balance these factors in imposing a sentence on a company for a safety violation. By understanding what these factors are and how courts analyze them, you can help put your company in the best possible position for sentencing should it face an OHS violation.

A shipping company made 27 fuel deliveries to two separate mining camps, using fuel tanks that were larger than the maximum capacity of 230L set by the Transportation of Dangerous Goods Regulation (Regulation), in an aircraft that didn’t have the proper certificate authorizing it. Each flight carried between 9,200L and 13,000L of diesel fuel. In addition, the company didn’t display dangerous goods safety marks on its fuel tanks on any of these delivery flights and failed to fill out proper documentation for each of the return flights to indicate that they were transporting dangerous goods. As a result, the company pleaded guilty to three violations of the Regulation. The Crown asked the court to fine the company $50,000 and order it to pay $150,000 to Transport Canada for research. The defense asked the court to impose a fine between $17,500 and $30,000.

Bill C-45 amended the Canada Criminal Code not only as to how criminal negligence applied to serious safety incidents but also how defendants convicted of criminal negligence for such incidents should be sentenced. Specifically, it added Sec. 718.21, which spells out the following 10 factors courts must consider when determining sentences in such cases:

In determining the appropriate sentence, the Territorial Court of the Northwest Territories looked at the following factors:

Damage caused or potential harm. No direct damage was caused by the company’s violations. But the potential harm was that using large means of containment that weren’t compliant with the Regulation put the aircraft and its crew at risk, because liquid moving inside the tanks could create a weight imbalance on the aircraft and affect its stability, explained the court. There was also a heightened potential danger to the environment in the event of a crash, due to the transportation of large quantities of flammable liquid. And the fact that there were 27 fuel deliveries—54 flights in total—using large means of containment that weren’t authorized under the law posed a higher potential risk than a single delivery, added the court. In addition, the lack of safety marks and proper paperwork created a risk because, in case of an accident or an emergency landing, personnel coming to assist the aircraft and crew wouldn’t be properly warned that there were dangerous goods on board.

Nature of the violations. The Crown argued that the company “flaunted” the Regulations by continuing to use the fuel tanks after being told by Transport Canada that they “cannot be used to transport fuel inside an aircraft.” The court agreed that these words were clear and constituted a warning, which the company disregarded.

Acceptance of responsibility. In discussing the company’s “corporate attitude,” the court noted that after the company was issued a notice regarding the fuel tank, it stopped using them and invested in two new large means of containment that complied with the Regulations, at a cost of $44,000 each. The head of the company appeared in court, entered guilty pleas to the offences and collaborated in the preparation of an agreed statement of facts. The company also cooperated with the investigators from Transport Canada. The court found that the company’s attitude from the moment it was prosecuted showed that it took this matter seriously.

Size of the company. The company was small, operating eight aircraft. During fire season, it employed 80 people and used eight additional planes. The rest of the year, it employed 65 people.

Any profits realized from the offence. The contract for the bulk fuel delivery that resulted in the violations was worth about $500,000, roughly 5% of its total revenue. After considering costs, the court concluded that the profit from the contract was about $35,000.

Deterrence. The court noted that the company showcased its activities through a TV show. (See, “Ice Pilots NWT” on the History Channel.) “This national, and potentially international, exposure imparts on them a heightened correlative obligation to set an example through scrupulous compliance with safety standards,” said the court.

Any prior record. The company didn’t have any record or history of non-compliance.

In the end, the court fined the company $55,000, relying on the following mitigating and aggravating factors: