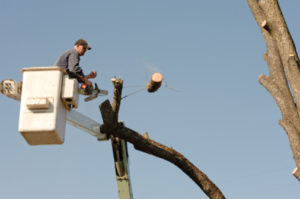 Generally speaking, a near miss is a condition or unplanned event that didn’t result in an injury, illness or damage to equipment or property but had the potential to do so. Focusing on near misses helps you reduce the likelihood of having major incidents or minimize the damage they might cause if they do occur. But many near misses go unreported. And when they are reported, companies don’t always respond appropriately. That’s why managing near misses is so tricky for safety professionals. So here are answers to eight frequently asked questions (FAQs) about this often frustrating safety topic.

8 FAQS ABOUT NEAR MISSES

Q What’s the Best Way to Define “Near Miss”?

A The term “near miss” may mean different things to different people. So to ensure that everyone in your workplace is on the same page when it comes to near misses, you must first clearly define this term. If the overriding objective is to improve workplace safety, it makes sense for this definition to be broad and encompass a wide range of events. One suggested definition: A near miss is an opportunity to improve health and safety in a workplace based on a condition or an incident with potential for more serious consequences, including:

Q Should Workers Be Required to Report Near Misses?

A Yes. After all, you can only manage near misses and learn from them if you know about them. So you should require workers to report a near miss, preferably in writing, to a supervisor or other appropriate individual, such as the safety coordinator. Having a clear and simple procedure for reporting near misses will encourage workers to do so.

NEAR MISS REPORTING FORM: At OHSInsider.com, you can download and adapt a  model near miss reporting form that workers can use to make such reports.

Q Should We Let Workers Report Near Misses Anonymously?

A You could but there are several reasons not to allow anonymous near miss reporting. The sole advantage of anonymous reporting is that it may encourage workers to speak up about close calls without fear of repercussions, such as discipline or being considered a rat for reporting a co-worker’s near miss. But it may be necessary to follow-up with the person who reported the near miss to effectively investigate it. And such follow-up may be impossible if you don’t know who made the report in the first place.

Q What Kind of Training Should Workers Get on Near Misses?

A Workers may be more inclined to report near misses if they understand the importance these events have in improving workplace safety. So to encourage near miss reporting, you should train workers on the value of near misses and their role in properly managing these events. This training should generally cover:

Insider Says: Go to Safety Smart for a safety talk for workers that explains how close calls are wakeup calls. Not a Safety Smart member? Sign up for a free 14-day trial.

Q Should We Discipline Workers Who Don’t Report Near Misses?

A The short answer is yes. Explanation: It may be tempting to not discipline workers who’ve reported near misses and even give them blanket immunity for making such reports as a way to encourage reporting. But if your company is charged with a safety violation related to a near miss or the causes of one, it’ll likely try to argue due diligence, that is, it took all reasonable steps to prevent the violation. To prove due diligence, you must have safety policies and procedures and enforce them by disciplining workers who violate these rules. And if you don’t discipline workers for committing a safety infraction, you’ll make it very difficult—if not impossible—to successfully prove due diligence.

The need for appropriate discipline is triggered any time a worker violates a safety rule—not only when the violation results in an actual incident, injury or fatality but also when it leads to a near miss. The fact that no one got hurt or no damage was done isn’t an excuse for a safety infraction. And courts and arbitrators will support your decision to impose discipline for a near miss.

Example: A forklift operator in Alberta had a near miss and received a verbal warning as a result. After another near miss and an incident in which the forklift operator moved a box containing a person with his forklift, he was removed from that position. An Alberta court upheld the decision to reassign the worker, ruling that he deserved to be transferred [Holwen v. Alberta Plywood Ltd.].

Insider Says: For more information on discipline, see “Near Misses: Should You Discipline for Violations that Cause a Near Miss?” Oct. 2006, p. 1.

Q What Should We Do after a Near Misses Is Reported?

A Taking appropriate action in response to a reported near miss can encourage reporting because it demonstrates to workers that management is really listening to them and taking safety seriously. So once a near miss is reported, you should take the following steps:

Identify solutions. For each cause of a near miss, you need to identify a solution. Often near misses can be addressed with a simple solution, such as fixing a pipe so it doesn’t leak and form a puddle in which workers could slip. However, there may not always be an easy fix to eliminate the hazards related to the near miss. As with any safety hazard, the safety measures you can implement to address the causes of a near miss, ranked from preferred to least favored, include:

Implement and monitor solutions. Implement the necessary solutions and inform anyone affected by the particular near miss, such as the worker who reported it and anyone who works with the equipment involved or in that section of the workplace. If the solution includes new or revised safety procedures, retrain all workers who’ll have to use these procedures. And monitor the solutions you’ve implemented to ensure that they effectively address the causes of the near miss and don’t create other unforeseen hazards.

Q Is a Near Miss Reporting Program Required?

A The OHS laws don’t necessarily require employers to have formal near miss reporting programs. But to effectively manage near misses you needs structure and procedures. So the best approach is to set up a near miss management or reporting program or incorporate one into your existing OHS program. For more information on such programs, see “OHS Program: 8 Steps for Effective Near Miss Management,” April 2012, p. 1.

Insider Says: To learn how to develop a near miss reporting culture in your workplace, OHS Insider Pro members should watch this recorded webinar.

Results of Poll on Barriers to Near Miss Reporting

On OHSInsider.com, we recently asked what the biggest barrier to near miss reporting was in your workplace. The top answer was overwhelmingly that workers don’t see near misses as serious (54%).  See answers…

Q Can a Company Be Penalized for Near Misses?

A If a near miss was caused by a violation of the OHS laws or an unaddressed safety hazard, then the company can be prosecuted for the underlying violation or failing to address the hazard. In addition, if the company doesn’t take adequate steps to address the causes of a near miss and a worker is subsequently injured, it can be held liable for failing to prevent the injury and responsible for the related worker’ comp costs.

Example: A worker for a temp agency was assigned to operate a drill press by a company. The sleeve of his coverall got caught in the machinery and he was injured. He filed a workers’ comp claim for the injury. The temp agency argued that the company should bear the costs of this claim because its negligence lead to the incident.

The Ontario Appeals Tribunal agreed. A week before the temp worker was injured, there had been a similar incident involving a different worker who’s sleeve also got caught in the press but who fortunately wasn’t hurt. In response, the company simply held a safety meeting and warned workers to be cautious of loose clothing and jewellery. But it took no “genuine preventive steps, such as insisting on elastic cuffs or short sleeves and forbidding work by workers” who weren’t dressed accordingly, said the tribunal [Decision 1014/04].

Near misses are a valuable source of information for safety coordinators as they provide an opportunity for you to identify hazards or weaknesses in your OHS program and make corrections to prevent future incidents. So implement a near miss management program and encourage workers to report near misses so you can improve the overall safety of your workplace.

Tracking incidents and keeping detailed reports on near misses can be confusing and time consuming. Check out SafetySmart’s Incident Manager tool – an easier way to track and report near misses.

8 Key Facts about Near Misses

Learn 8 key facts about near misses…

As noted, although near misses are vital opportunities to take corrective action before an injury or fatality occurs, they’re often not reported or thoroughly investigated. So if your company has a near miss reporting program in place, how do you know if it’s actually effective? Take survey…