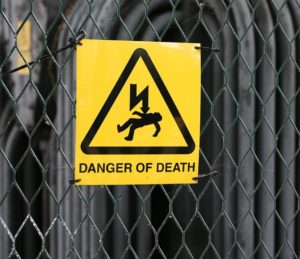 This convoluted case began when 2 electricians refused to show up for their shift because one of them wasn’t adequately trained for hazardous electrical work. The OHS Officer “upheld” the refusal and ordered the employer to deliver the training required by the Process Safety Management Code of Practice. The Administrative Deputy Minister (ADM) upheld the ruling and order. After the Labour Refused to take it, the case ended up before the Supreme Court. Result: Appeal denied because the ADM ruling was reasonable. The Officer misspoke by “upholding” a work refusal because that’s not the Officer’s role in the refusal process. But even though the ADM didn’t point this out, its decision not to find the Officer’s ruling invalid was still reasonable; equally reasonable was the ADM’s upholding the Code of Practice training order since requiring employers to follow codes of practice is well within an Officer’s authority under (Sec. 36 of) the OHS Act [NARL Refining Limited Partnership v. Upshall, 2018 NLSC 163 (CanLII), July 31, 2018].