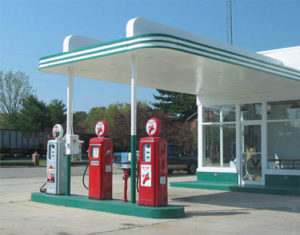 A former gas station worker notified the government of safety concerns about tampering with the gas line and theft of natural gas at the station. OHS inspectors, with a police officer, inspected the station and found several OHS violations. But they couldn’t finish without gas and electrical inspectors. They returned more than a week later with such inspectors. Another week or so later, the gas and electrical inspectors returned to finish the inspection without an OHS inspector present. The gas station owner was later charged with the crime of stealing natural gas. The owner asked the court to suppress the evidence seized from the station because it was the result of an illegal search. The court found that the first two inspections was permitted by the OHS laws and were conducted reasonably. But the third inspection wasn’t authorized. OHS inspectors can’t delegate their right to inspect to third parties, explained the court. So the gas and electrical inspectors weren’t legally authorized to conduct that inspection alone. However, because the inspectors acted in good faith and given the owner’s low expectation of privacy in the station, the court concluded that the evidence seized was still admissible [R. v. Getz, [2014] SKQB 92 (CanLII), March 28, 2014].