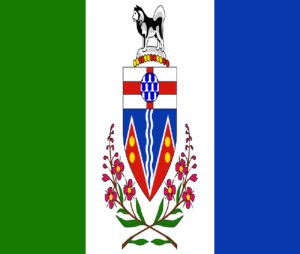 In Yukon, workers’ comp coverage of PTSD and other work-related psychological disorders is extremely limited.

First of all, mental stress is covered only if it’s caused by a discrete and traumatic work-related event, which rules out chronic stress that develops gradually and cumulatively over time in response to continuous or multiple exposure to workplace stressors that don’t rise to the level of trauma.

Explanation: Section 4(1) of the Workers’ Compensation Act says that workers are entitled to compensation for a “work-related injury.” Section 3(1) defines “injury” as including a “disablement” but not “mental stress or disablement caused by mental stress, other than post-traumatic stress.”

The Yukon Workers’ Compensation Health and Safety Board (YWCHSB)  Policy EN-09 sets out the specific rules implementing the PTSD coverage provisions of the Act.

Single event: PTSD is covered if it develops as an acute reaction to a sudden and unexpected traumatic event arising out of or in the course of employment. Examples:

Series of events: PTSD developed as a result of exposure to a series of traumatic events is covered if:

Normally, the worker claiming benefits for PTSD bears the burden of proving, on a balance of probabilities, that the disorder meets the EN-09 Policy requirements. But in November 2017, Yukon adopted Bill 8 creating the presumption that appropriately diagnosed PTSD is work-related when suffered by “emergency response workers,” which includes:

Result: If the worker who files a YWCHSB claim for PTSD is an emergency response worker, the EN-09 Policy requirements are presumed to be met. However, the presumption can be rebutted by showing that:

Policy EN-09 also specifies that other non-PTSD psychological disorders are also covered if:

Note that the Bill 8 PTSD presumption doesn’t apply to these disorders even if the worker is an emergency response worker.