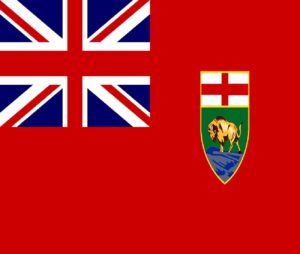 Manitoba’s mental stress coverage is among the narrowest in Canada; on the other hand, the province’s PTSD presumptions are among the country’s broadest.

Section 4(1) of the Manitoba Workers’ Compensation Act says that workers are entitled to compensation “for personal injury by accident arising out of and in the course of employment.” Section 1(1) defines “accident” as including an “occupational disease.”  The Section 1(1) definition of occupational disease specifically includes PTSD but excludes “stress, other than an acute reaction to a traumatic event.”

Manitoba Workers’ Compensation Board (WCB) Policy 44.05.30 implements the Act provisions by explaining the specific requirements for PTSD and other mental stress claims to be compensable, i.e., payable under workers’ comp. Let’s start with the general rules.

Mental stress is covered only if it’s the result of an acute reaction to one or more sudden and unexpected traumatic events. The WCB uses an objective standard to determine if an event is traumatic. In other words, the fact that the particular worker was traumatized isn’t conclusive; the event must be such that a reasonable person in the worker’s situation would have found the event traumatic. Examples:

The traumatic event(s) must also arise out of or in the course of the worker’s employment. Policy 44.05.30 lists the following as not meeting the criterion:

The worker has the burden of proving, on a balance of probabilities, that the mental stress claim meets the requirements of Policy 44.05.30. That’s often a tough hurdle to clear.

On January 1, 2016, Manitoba amended the Act to provide more generous coverage for a specific form of mental stress—PTSD. Newly added Section 4(5.8) says that PTSD is presumed to be covered when:

The WCB Policy 44.05.30 criteria for general mental stress claims discussed above also apply to PTSD claims. The difference is that once PTSD is properly diagnosed, the burden of proof shifts and coverage is presumed unless specifically shown otherwise. WCB Policy 44.05.30 explains when the PTSD presumption applies.

As with other forms of mental stress, PTSD must be the result of an acute reaction to one or more sudden and unexpected traumatic events. But for the presumption to apply, those events must also be listed as PTSD triggers in the DSM. Such events are “typically sudden and catastrophic” and involve actual or threatened death, serious injury or sexual violence, the Policy notes.

The WCB must also confirm that the diagnosis comes from a physician or psychiatrist and meets the DSM criteria for a PTSD diagnosis.

The presumption gives the claiming worker an advantage but doesn’t seal the deal since the presumption can be rebutted by showing that: