OHS Director’s Briefing: Workers’ Comp Coverage of PTSD and Mental Stress in BC 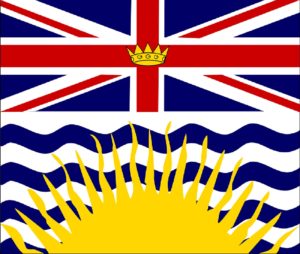 Under Section 5.1 of the BC Workers’ Compensation Act, workers are entitled to compensation for a “mental disorder” they suffer arising out of and in the course of their employment under 3 conditions:

BC Workers’ Compensation Board (WCB) Policy C3-13.10 fleshes out the Act by providing crucial clarification on the following issues:

To be deemed “traumatic,” the event must be identifiable, emotionally shocking and experienced or witnessed by the worker. The WCB uses an objective standard to determine if an event is traumatic. In other words, the fact that the particular worker was traumatized by the event is relevant but not conclusive; the event must also be such that a reasonable person in the worker’s situation would have found the event traumatic.

According to Policy C3-13.10, a work-related stressor is considered “significant” when it’s excessive in intensity and/or duration as compared to what’s experienced in the normal pressures or tensions of a worker’s employment. Interpersonal conflicts with supervisors, co-workers or customers don’t generally count as significant unless the conflict involves threatening or abusive behaviour such as workplace bullying or harassment. As with traumatic event, WCB uses an objective standard to evaluate whether the stressor is significant.

How the Disorder May Develop

A disorder can develop in one of two ways: Acutely as a sudden and dramatic reaction to a single and discrete traumatic event; or gradually over time as a cumulative reaction to a series of traumatic events or significant workplace stressors. Example: A paramedic that has responded to 10 fatal and gory traffic accidents gets pushed progressively closer to the edge until finally snapping when exposed to those same traumatic events during response 11. Coverage of mental disorders that develop cumulatively as a result of repeat or continuous exposure to workplace stressors that fall short of being traumatic is one of the important ways in which BC workers’ comp laws differ from most other jurisdictions.

Normally, the worker claiming benefits for mental disorders bears the burden of proving, on a balance of probabilities, that the disorder meets the Section 5.1 requirements. That’s not easy. But in February 2018, BC adopted Bill 9 creating the presumption that an appropriately diagnosed mental disorder recognized by DSM is work-related when suffered by workers in an “eligible occupation,” which includes:

The presumption shifts the balance of proof in the processing of a mental disorder claim. In other words, the disorder is presumed to be work-related unless specifically rebutted by showing that, e.g.: