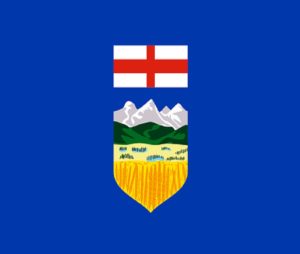 Alberta covers both acute and gradual onset psychological injury and stress whether triggered by traumatic events or significant but non-traumatic workplace stressors. In addition, it has generous coverage presumptions for both traumatic injury and PTSD.

Under Section 24 of the Workers’ Compensation Act, workers are entitled to compensation for “personal injury” they suffer in an accident arising out of and in the course of their employment.

The Act doesn’t specifically discuss compensation for psychological disorders (other than PTSD, which we’ll discuss below).  That leaves it to the Alberta Workers’ Compensation Board (WCB) to address the issue. WCB Policy 03-01 states that claims for “psychiatric or psychological injury” are compensable, i.e., payable under workers’ comp when 2 conditions are met:

First, the worker must be diagnosed with a psychiatric or psychological injury that’s recognized in the most current version of the American Psychiatric Association Diagnostic and Statistical Manual of Mental Disorders (DSM), e.g., PTSD, anxiety or depressive disorder or acute stress disorder.

The DSM-recognized condition must also result from one of the triggers listed in Policy 03-01,* the most important of which are:

Psychological injury or stress is covered if it develops as an emotional reaction to one or a series of traumatic work-related events, which Policy 03-01 defines as:

Policy 03-01 notes that traumatic event(s) may include workload or work-related interpersonal events that are excessive and unusual in comparison to the pressures and tensions experienced in normal employment, e.g., threats of harm, workplace harassment or privacy violations.

In either case, the WCB uses an objective standard to determine if an event qualifies as traumatic. In other words, the fact that the particular worker was traumatized by the event is relevant but not conclusive; the event must also be one that a reasonable person in the worker’s situation would have found traumatic.

Psychological injury or stress is also covered if it develops chronically, i.e., cumulatively and over time as a result of continuing or repeat exposure to work-related stressors that are significant but less than traumatic, e.g., harassment that’s non-traumatic but still serious. Such claims are compensable if the work-related events are excessive or unusual compared to the normal pressures and tensions experienced by the average worker in a similar occupation. Thus, for example, chronic onset stress can’t be triggered by discipline, termination, demotion, deadlines, performance review and the other normal pressures of employment.  As with traumatic onset stress, the WCB uses an objective standard to adjudicate chronic onset claims.

The presumption that traumatic onset psychological injury or stress applies if the worker:

Until spring 2018, PTSD was presumed to be work-related for first responders, i.e., emergency medical technicians, firefighters, police officers and peace officers. Bill 30 extends the PTSD presumption to cover all workers, provided that:

While the presumption makes it easier for the worker to make out a claim for psychological injury or stress, it can still be rebutted by showing, e.g., that:

* The other 3 triggers of psychological injury or stress listed in WCB Policy 03-01 are: