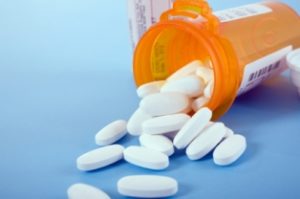 On October 17, 2018, Canada became only the second country to legalize recreational cannabis. FYI, Uruguay is the other. The impairing qualities of cannabis on workers have made it a perennial headache for employers. Keeping workers off the weed is bound to become even tougher in the era of legalization. Over the past months, OHSI has tried to help OHS directors prepare by explaining the key problems and outlining solutions. This summary is an attempt to boil it all down to 10 key takeaways and link you to the relevant OHSI resources.

While the morality and prudence of legalizing cannabis is subject to debate, the one thing everybody agrees on is that cannabis use impairs workers and endangers workplace safety. Accordingly, the legal basis for banning drugs and alcohol at work, legal or illegal, should be impairment and fitness for duty rather than legality, morality or zero tolerance. (OHSI Resources: How to Create Fitness for Duty Policy; Model Policy)

The traditional strategy for dealing with workplace drug use is discipline. While discipline can still work, it’s highly contentious and tricky to justify on legal grounds.  That’s why some employers take the approach of treating drug use not as a rules infraction but a personal problem calling for assistance and support. They call on workers to disclose their substance problems voluntarily and on a non-disciplinary basis. In addition to proving effective, this approach was recently upheld by the Canadian Supreme Court.  (OHSI Resources: Discussion of Elk Valley case)

Testing remains the most effective means of enforcing anti-drug policies. Unfortunately, it’s also a lightning rod for legal challenge because it’s so invasive of workers’ privacy rights. Accordingly, drug testing litigation has served as the breeding ground for most of the rules governing the balance between an employer’s interest in ensuring a safe workplace and workers’ interest in keeping their bodily fluids and personal secrets away from the boss. (OHSI Resources: 8 Things OHS Directors Need to Know about Drug Testing; Drug Testing Scorecard)

Random testing is the most intrusive because it’s done without suspicion. As a result, it’s also the toughest to justify as a safety measure. Recent cases have made it clear that the mere fact that a workplace is dangerous isn’t enough; the employer must also prove that the safety problem stems specifically from workers’ use of drugs in the workplace. And even that may not be enough if, as some courts have, a court finds that privacy outweighs safety. (OHSI Resources: How to Create Drug Testing Policy; Model Policy)

Unions and courts have looked more favorably on testing workers after they’ve been involved in a workplace accident, especially if their job is safety-sensitive. Even so, post-incident testing can be shot down if employers abuse it by testing after any and all incidents even if there’s no indication that the worker’s drug use caused or contributed to the incident. (OHSI Resources: Analysis of Post-Incident Testing; Post-Incident Testing Procedures)

It’s generally OK to test workers before hiring or assigning them to a safety-sensitive position, e.g., promoting a maintenance worker to a heavy machine operator. (OHSI Resources: How to Create Drug Testing Policy; Model Policy)

The Oct. 17 legalization applies to recreational cannabis; medical cannabis for treatment of specific conditions with a doctor’s authorization has been legal for about a decade. While it may be the same product, the legal rules are vastly different for medical uses. (OHSI Resources: 6 Things OHS Directors Need to Know about Recreational Cannabis Legalization)

Medical cannabis use is protected by human rights laws. Explanation: Under human rights laws, employers can’t discriminate and must make accommodations for disabled workers and job applicants to the point of undue hardship. Because medical cannabis is used to treat conditions deemed disabilities under the law, tolerating a worker’s use may be one of the accommodations you have to make. The good news is that letting a worker use or be impaired by medical pot at work is universally recognized as an undue hardship that no employer need accept. (OHSI Resources: How to Create Accommodation Provisions in Drug Testing Policies; 6 Things OHS Directors Need to Know about Recreational Cannabis Legalization)

Drug addiction or dependency is a disability subject to accommodations; recreational use is not. (OHSI Resources: No Duty to Accommodate Recreational Cannabis;

If a worker tests positive for marijuana, you need to determine if accommodations are required before deciding what to do. Specifically, you shouldn’t impose discipline unless and until you verify that the use was purely recreational and that the worker: