OHS Case Briefing: Occurrence of Accident Doesn’t Prove Employer Should Have Prevented It 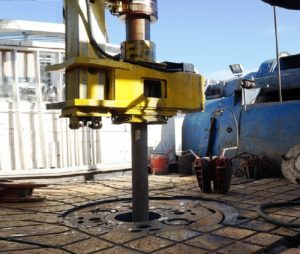 “Do everything you reasonably can to ensure no puck crosses the goal line.”

These are the Maple Leafs’ coach’s instructions to the goalie. Minutes later, Montreal scores a goal. Nobody sees it happen and there are no replays. But the coach claims that the puck sitting in the back of the Toronto net is proof enough that the goalie didn’t follow his instructions.

‘Sound absurd? So, what if I tell you that reasoning like this was applied in the last place you’d ever expect to hear it—in a court of law emanating from the lips of a Crown prosecutor charged with proving an OHS violation beyond a reasonable doubt. Even more surprisingly, the argument nearly worked. Lucky for employers, it didn’t. Here’s a look at the case and how it almost tilted the balance of power in OHS prosecutions.

During a “tripping out” procedure, the driller uses the rig controls to lift the drawstring from the well while the floorhands disconnect drill pipe from the drawstring. Release of torque from the drillstring causes some part of the drilling equipment to rotate unexpectedly and smack one of the floorheads in the head with fatal results. It’s unclear how the torque built up or how it was released. All that’s certain is that the accident happened and a worker lies dead as a result.

“Every employer shall ensure, as far as it is reasonably practicable for the employer to do so, the health and safety of workers engaged in the work of that employer” (emphasis added).

HOW AN OHS PROSECUTION WORKS

In an OHS prosecution, the Crown has the burden of proving every element of the offence beyond a reasonable doubt. Once the so-called actus reus is proven, the burden shifts to the defendant to show that it was not guilty by making out a due diligence defence. Thus, in its prosecution against Precision under Section 2(1)(a)(i), the Crown must show 3 things to prove actus reus:

Nobody disputes the first 2 elements. The real issue is element 3. The problem for the Crown is that the reasons for the accident are unclear and evidence linking it to some failure on the part of Precision is extremely thin. And since the Crown has the burden of proof, its case seems doomed. The Crown’s solution is to claim that the fact the accident occurred proves that Precision didn’t meet the reasonably practicable standard.

If the Crown is right, it would seal the deal on actus reus and shift the burden to Precision to show due diligence. The lack of evidence would then work against Precision and all but seal a conviction for the prosecution.

The trial court sides with the Crown and convicts Precision. The appeals court sides with Precision and chucks the conviction. The Court of Appeal, the highest in Alberta, has the final word: Precision wins. [R v Precision Diversified Oilfield Services Corp, 2018 ABCA 273 (CanLII), Aug. 22, 2018].

To prove “reasonably practicable” element of the actus reus, the Crown must show there was some reasonably practicable action Precision could and should have done but didn’t do to address the unsafe condition. The mere occurrence of an accident isn’t enough. So, the Court orders a new trial—one that the Crown will have little shot at winning given the lack of evidence of any specific blameworthy action by Precision.

While there’s a lot of legal technicality here, the case has immediate and practical significance on OHS directors and the liability risks of their companies because it just might make it easier for you to defeat an OHS prosecution, or even avoid it completely.

Explanation: There are 2 basic ways to beat back charges in an OHS prosecution. The first line of defence is actus reus. If that fails, you can still prevail with a due diligence defence. But since the Crown has the burden of proving actus reus beyond a reasonable doubt, you may not even need that second line of defence.

Now consider what would have happened had the Precision case gone the other way. Keep in mind that OHS laws of all jurisdictions include “reasonably practicable” and similar general standards. If the mere occurrence of an accident were enough to prove an employer violated such standards, the actus reus line of defence would be significantly weakened and the Crown would have the upper hand in prosecutions involving accidents. And as convictions got easier, prosecutions would also likely become more common.

The big takeaway from Precision is that this didn’t happen. The upshot is that “reasonable” and other general language in the OHS statute isn’t just window dressing that the prosecution can brush aside but an actual element of the offence the Crown must prove to establish actus reus.

IT’S NOT JUST IN ALBERTA