Oct. 23: Hydro Workers Removed from Site Due to Protesters 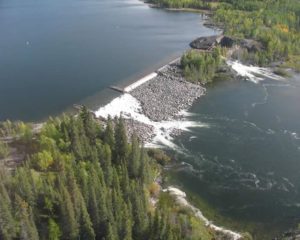 About 700 workers were moved out of a Muskrat Falls hydroelectric site because of protesters occupying the grounds. Nalcor Energy, the Crown corporation behind the project, said the move was made due to safety concerns. Some 50 protesters remained on the site almost 24 hours after breaching the main gate. They continued to obstruct the entrance to the site; police were on site to monitor the situation. The demonstrators were protesting health concerns relating to methylmercury contamination in the waters near the project.