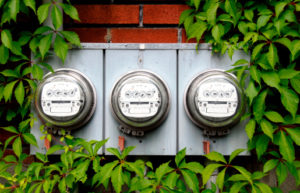 When it comes to prosecutions for safety violations, the vast majority of charges are brought against companies and organizations as employers, contractors, etc. But individuals can also be prosecuted for safety offences as well. Such cases usually involve a supervisor or someone senior in the company, such as an owner, officer or director. And although workers can be prosecuted for safety offences, such cases are rare. However, earlier this year, a court in Nova Scotia convicted a worker for safety violations for his role in an incident involving contact with a powerline. Here’s a look at this case.

What Happened: A worker was operating an excavator at a road construction project. He was planning to load the excavator onto a truck’s float deck to take it to another worksite. The truck driver parked under a powerline that was hanging 25 feet above the road. The worker commented, “You’re kind of close to those wires.” But the truck driver said it was all right. So the worker moved the excavator and hit the powerline, which carried 69,000 volts. The contact caused an electrical discharge, which traveled through the excavator to the ground and to the float deck. The truck driver received an electric shock and fell to the ground. The worker performed CPR and revived the truck driver. But he suffered a torn rotator cuff, a broken humorous bone, and burns to his elbow, heel and behind his ear. After a year of therapy, the truck driver was able to resume work. As a result of this incident, the worker was charged with two safety offences for failing to take every reasonable precaution to protect his own safety and the safety of others, and failing, as an employee carrying out work within six metres of an overhead energized power line, to know the line’s voltage.

What the Court Decided: The Provincial Court of Nova Scotia convicted the worker of both safety violations.

The Court’s Reasoning: The court found that the worker “was clearly apprised of the dangerous situation caused by the overhead powerlines when he commented that they were operating ‘kind of close’ to the transmission lines.” In addition, he’d also told investigating OHS inspectors, “I seen the wires, I knew the wires were there.” And he indicated that he was unaware of the clearance between the wires and the ground, and that he’d seen signs warning of overhead powerlines. In such circumstances, taking all reasonable precautions would’ve required, at a minimum, the worker’s refusing to load the excavator until the float deck was completely away from the overhead wires. Doing so would’ve protected his own safety as well as that of the truck driver. So the court concluded that, at the end of the day, this incident was clearly “an avoidable workplace injury.” When the worker realized the truck was “kind of close to the wires,” he should’ve insisted that the truck driver move his trailer and float deck until they were well clear of the transmission lines. For the want of insistence from the worker and 10 extra minutes of work, the serious injuries that befell the truck driver would’ve been avoided, observed the court [R. v. Jardine, [2016] NSPC 22 (CanLII), April 11, 2016].

The Jardine case is a good reminder that all workplace stakeholders—from members of senior management and supervisors down to workers themselves—are vulnerable to prosecution for violations of OHS law. Of course, given the Internal Responsibility System, prosecutions of workers makes sense and is consistent with that system. But the fact is that such prosecutions are still rare, as OHS regulators have a tendency to focus on employers instead.

On a side note, one must wonder why the truck driver who parked the float deck under the hazardous powerlines in the first place and who told the worker it was all right for him to load the excavator wasn’t also charged. Presumably, the Crown was reluctant to prosecute the party who was ultimately injured in this incident.