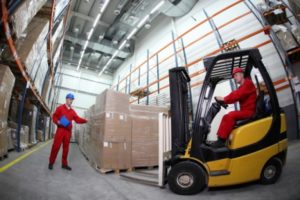 During an inspection of a warehouse, health and safety officers saw that two forklifts didn’t have backup alarms. They were told the alarms had been removed at the request of workers, who didn’t like the noise the alarms made. The officers also noted that members of the public were in the area where the forklifts were being used. So the officer issued a direction to the employer for removal of the backup alarms. The employer appealed, arguing that its use of strobe lights on the forklifts was more effective than the backup alarms. The OHS Tribunal upheld the direction. The fact the forklift operators may consider the sound made by the backup alarms to be “white noise” didn’t justify their removal because they’re intended to warn other workers and individuals when the forklifts are travelling in reverse. Also, there was no evidence that use of the alarms didn’t provide adequate warning in the warehouse [Canadian Freightways Ltd., [2015] OHSTC 22 (CanLII), Nov. 25, 2015].