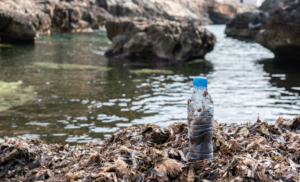 Industry doesn’t want it; many of the provinces have already done it. But the federal government is shrugging off the opposition and pushing ahead on its national crusade against single-use plastics. Last May, the government added “plastic manufactured items” (PMIs) to the Canadian Environmental Protection Act (CEPA) Schedule 1, Toxic Substances List. And on December 21, 2021, the Minister of Environment and Climate Change and Minister of Health upped the ante by unveiling new CEPA regulations that would ban certain types of single-use plastics altogether.

The Politics of Plastic Waste

As with climate change, the effort to regulate plastics raises thorny constitutional issues over the extent of federal power. Waste management has been historically deemed a local matter within the realm of provincial jurisdiction. Shortly after the addition of PMIs to Schedule 1, an industry coalition sued the federal government for encroaching on provincial powers. The lawsuit also challenges the scientific basis of the government’s contention that plastics are harmful to the environment and the legality of defining a broad category of products like PMIs as a “toxic substance” under CEPA.

For its part, the federal government said that it wouldn’t allow the lawsuit to interfere with its plans to regulate plastics any more than it allowed the provinces’ lawsuit opposing carbon pricing affect implementation of its national Greenhouse Gas Pollution Pricing Act scheme.

Speaking of the provinces, the federal initiative to regulate single-use plastics has been met with the pretty much the same response as Ottawa’s efforts to implement the national carbon pricing plan. On April 28, 2021, the Ministers of the Environment of Alberta, Saskatchewan, Manitoba, Ontario and Québec wrote to the then federal Minister of Environment and Climate Change to express their concerns about the federal government’s unwarranted intrusion into the power of the provinces to regulate waste management within their own boundaries. They also pointed out that many provinces have implemented their own initiatives to ban or restrict the use of single-use plastics.

The federal government’s answer: Our authority to regulate plastic waste derives from the Canada-wide Strategy on Zero Plastic Waste action plan that the provincial and territorial governments agreed to in November 2018. The federal government also enjoys support of powerful municipalities, including Vancouver and Toronto.

The proposed regulations would ban the manufacture, import and sale of:

The proposed regulations don’t cover apply to PMIs that are manufactured, imported or sold for export; however, they do require record keeping for those items. The regulations also include exceptions allowing for use of single-use flexible plastic straws by medical patients and people with certain disabilities. In addition, the ban on manufacture and import don’t apply to single-use flexible plastic straws, with sales of these items allowed in non-commercial, industrial and institutional settings (IC&I), in packages of 20 or more items at retail, or within care institutions.

The proposed CEPA regulations are open to public consultations until March 5, 2022 and could take effect as early as this Spring. However, the government has proposed a one-year grace period to give affected businesses time to transition away from single-use plastics and deplete current stocks of the items to be banned. The government will also publish draft guidance to help businesses comply with the proposed regulations.