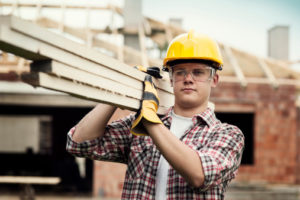 Study after study has shown that workers under the age of 25 and those that are new are more vulnerable than other workers to getting injured on the job. For example, during their first four weeks on a new job, workers are five to seven times more likely to sustain an injury and those with less than six months’ experience are three times more likely to be injured than workers with a year or more of experience. As a result, the laws often include additional protections for new and young workers beyond those provided for all workers. In addition to complying with these special requirements, there are also practical steps you can take to ensure the safety of this vulnerable segment of your workforce. Because the spring is a time when many workplaces are hiring young people for summer jobs and recent graduates for fulltime positions, it’s the perfect time to consider these eight tips on protecting new and young workers in your workplace.

Because new and young workers are particularly vulnerable on the job, the laws often contain additional protections for these subsets of the workforce. These special protections are generally included in two types of laws:

OHS laws. Some OHS laws provide specific protections for new and/or young workers beyond the protections afforded to all workers. The focus of these protections is generally on training. For example, in some jurisdictions, the OHS laws specifically require employers to provide new and/or young workers with safety orientations. And in other jurisdictions, the OHS regulations bar workers under certain ages from doing designated kinds of work, usually jobs that are especially hazardous such as work involving exposure to asbestos.

Employment standards laws. The main protections for young workers are contained in the employment or labour standards laws, which cover the terms of employment, such as wages and hours. All jurisdictions restrict the employment of workers under 18 and generally tier these restrictions by age. For example, hiring a person under 14 for any job is often completely barred. Strict limits are typically set for individuals 14-16, while the limits for those 17 and older are less rigid.

8 TIPS FOR NEW AND YOUNG WORKERS

It may seem like common sense, but recognizing who’s considered a new and/or young worker under the law isn’t always obvious. For example, clearly workers in their teens are considered “young.” As a result, all jurisdictions have additional protections for workers 18 and younger. But the law may provide special “young” worker protections for individuals as old as 25. In fact, studies have found that workers under the age of 25 are 33% more likely to suffer a job-related injury or illness than an older worker. So when considering who to treat as a “young” worker, you may want to set an age cap of 25.

In addition, a “new” worker isn’t just a worker who’s new to fulltime employment in general or new to your workplace. The laws often define “new worker” broadly and may include any worker who’s:

Tip #2: Get Permit or Parental Consent for Young Workers

In some jurisdictions, you may need to get a permit or the consent of the worker’s parents before you can hire a worker under the age of 18. And in Saskatchewan, workers who are 14 or 15 years old must take a course and earn a Young Worker Readiness Certificate to be employed in the province. So make sure that you get any required permits, certificates or parental consent when hiring young workers. Failing to do so can be costly.

Example: An Alberta museum hired a 14-year-old boy and assigned him to sandblast a truck box. While doing the work, the box fell and crushed him to death. The museum and its director were convicted of violating the Alberta Employment Standards Code by, among other things, hiring a worker under 15-years-old without his parents’ consent. The museum was also convicted of OHS violations. The court imposed the maximum penalty—a $500,000 fine [R. v. Reynolds Museum Ltd., AB Govt. News Release, July 13, 2006].

A typical special protection for new and young workers under the law is the requirement that they get a safety orientation when they start working for you. And even if your jurisdiction doesn’t specifically require you to provide a safety orientation for such workers, it’s likely a best practice to do so anyway. Such training ensures that these workers have a solid safety foundation before they start work.

Give new and young workers at least an overview of key safety issues and information on their first day and a more complete safety orientation within their first day or two on the job. A general safety orientation should provide basic information about safety issues common to all workers, such as fundamental safety rules and emergency response procedures. New and young workers should also get an orientation on the specific hazards of the jobs they’ll be doing.

The OHS laws may spell out the topics a safety orientation should cover, such as:

Note: You should provide a safety orientation to all new workers, even those who were trained by their prior employers. Don’t just assume that these workers are experienced and thus don’t need safety training.

Example: A subcontractor for a developer hired a worker, who said he had four years of carpentry experience. So the subcontractor didn’t provide him with training, assuming that he already knew what to do. In fact, however, the carpenter had misrepresented his credentials and had only two months of experience. While carrying floor joists to another carpenter, he slipped and fell off the joist on which he was standing, breaking his neck in two places.

The developer and subcontractor were convicted of several OHS violations, including not using scaffolding when laying floor joists. They claimed this practice was standard in the industry and thus safe. But the court said the practice was, at best, safe only for trained workers. Here, the subcontractor relied on “the experience of the workforce” as “its greatest safeguard,” the court noted. And there was no evidence that this worker was actually qualified to do the work he was assigned safely [R v. Barrington Lane Developments Ltd., [1994] N.S. J. No. 667, March 1, 1994].

The British Safety Council’s Speak Up, Stay Safe campaign teaches teens about workplace safety. The campaign also has tips for employers, including ways that are more effective in getting safety messages across to younger workers. It recommends considering the following:

Delivery. Young people who are less used to work may have a shorter attention span, so communications should be punchy and brief. Be as clear and precise as possible with instructions. Visual messages may be more effective. Don’t rely on one form of communication—instead reinforce messages with other forms of communication. For example, show photographs of correct and incorrect procedures or demonstrate how to perform a task safely, instead of simply telling them.

Understanding. Don’t overload messages with technical jargon that young workers, who are often also new to the job, might struggle to understand. Regularly check that they understand what they’re being asked to do (even if they say yes). And understand that they may need to be shown how to perform the same task several times.

Style. Young people communicate with each other in different ways and are likely to be more open and responsive to certain types of communication. For instance, social networking, electronic and mobile communications such as texts are more prevalent among younger people. Where appropriate, these platforms may be effective means of communicating safety messages.

Workers who are “new” to the workplace or work in general may also be “new” to Canada. These immigrant workers may not be fluent in English or French. And even if these workers can speak English or French, they may not necessarily understand safety training and information in those languages. For example, workers with a working knowledge of conversational English may have a limited ability to read English. So although they may be able to understand safety information presented to them orally, they may not be able to read the written safety materials they get from their employers. In addition, a language barrier can impact new workers’ understanding of their rights, such as their ability to refuse unsafe work.

If workers can’t understand the safety training and information they receive from their employers, they’re at greater risk of getting injured or of injuring their co-workers. So take steps to address any language barriers impacting new workers, such as providing safety materials in a variety of languages, using pictograms when possible and having translators available.

Your frontline supervisors will likely have the most contact with new and young workers. Training them on how to handle such workers and any particular issues they pose can help keep these workers safe. For example, as part of the previously mentioned safety orientation, tell new and young workers that if they’re ever confused about any procedures, they must go to a supervisor rather than try to figure things out on their own. And supervisors should never criticize or belittle them for asking such questions.

Yukon’s Young and New Worker Code of Practice addresses the role of supervisors directly and provides good guidance for employers across Canada. The Code says that supervisors of new and young workers must provide a level of supervision to these workers that takes into account the inexperience, possible reluctance to ask questions and other factors that contribute to a higher risk of injury for them. Supervision must also take into account the actual and potential hazards associated with new and young workers’ work. The Code requires supervisors to:

Because new and young workers may need additional assistance—and patience—from their co-workers, consider identifying these workers in some way. For example, because inexperienced workers are sometimes described as “green,” some workplaces require new workers to wear green hardhats or green ID tags to identify them. Other options include special stickers or pins, name tags or differently coloured uniforms. This special identification lets everyone in the workplace know that these workers are still learning and may need extra guidance or assistance.

Co-workers of new and young workers may informally act as mentors by teaching such workers on the job, answering their questions, etc. But you should also consider implementing a formal safety mentor program. Mentoring is the pairing of an experienced or skilled worker (the mentor) with a new and/or young worker who’s inexperienced (the mentee). The mentor acts as a role model and supports the mentee by sharing knowledge, resources and advice, and answering questions

Yes, employers have a duty to take reasonable steps to protect all workers. But you can’t ignore the fact that new and young workers are especially vulnerable and so need additional attention. And you must comply with the special protections that the OHS and employment laws contain for these workers. Following these tips will help you ensure that new and young workers stay safe, and become valuable and healthy members of your workforce.

The OHS Insider’s New & Young Workers Compliance Centre is filled with insight, tools and guidance on how to protect this vulnerable segment of your workplace, including: