New Study Finds One Sick Worker Could Infect Half the Workplace 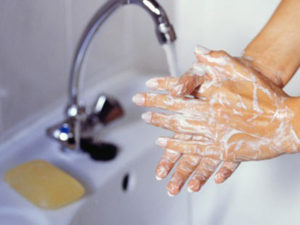 Think it’s no big deal if one worker comes into work despite being sick? Think again.

A new study by researchers from the University of Arizona found that just one worker who comes to work sick with the flu, a cold or a stomach bug can infect about half of the commonly touched surfaces in the workplace, setting the stage for multiple illnesses.

In the study, the researchers used a surrogate for the human norovirus and placed it on one to two commonly touched surfaces (such as door knobs or table tops) at the beginning of the day in office buildings, a conference room and a health care facility.

The result: within two to four hours 40-60% of the surfaces sampled were contaminated with the virus.

However, Charles Gerba, who presented the study at the 54th Interscience Conference on Antimicrobial Agents and Chemotherapy, said there’s a simple solution—use of disinfecting wipes and proper hand hygiene reduced the virus spread by 80-99%, he said.

“We really felt that the hand was quicker than the sneeze in the spread of disease,” said Gerba. “Most people think it’s coughing and sneezing that spreads germs, but the number of objects you touch is incredible, especially in this push-button generation. We push more buttons than any other generation in history.”

So first encourage workers to stay home if they’re sick. If they come in anyway, have them reduce their ability to spread their illness via touching by advising them to frequently and properly wash their hands and to exercise proper coughing etiquette.