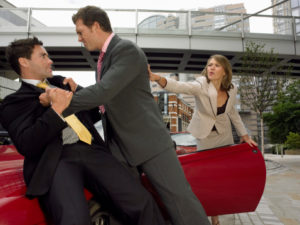 Because workplace harassment had become such a serious problem in Canada, the OHS laws in several jurisdictions were amended to specifically require employers to protect workers from harassment on the job. Have those laws been effective so far?

Queen’s School of Business recently commissioned a poll by Leger Marketing to find out the percentage of Canadians who’ve witnessed or experienced harassment in the workplace.

The good news: That percentage has noticeably declined in the last two years.

The bad news: About one in four people is still experiencing harassment on the job.

Other survey results include:

“It’s encouraging that incidents of workplace harassment appear to be declining. It suggests that recent legislation and increased education against workplace harassment in Canada is helping. However, the fact that roughly one out of four people still admit to experiencing it personally is hardly cause for a celebration,” says Jana Raver, Associate Professor at Queen’s School of Business.

Raver adds, “While Hollywood may stereotype workplace harassers as males, the survey reveals that an increasing percentage of Canadians now report witnessing it from both genders.”