NEW LAWS: The 3 Steps to Get an Authorization under the New Fisheries Regulations 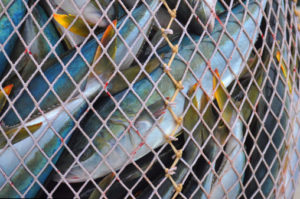 The federal government introduced major changes to several environmental laws, including the Fisheries Act, in Bill C-38, the Jobs, Growth and Long-term Prosperity Act. Some of those changes took effect in July 2012, while the rest took effect in Nov. 2013. In addition, the related new Applications for Authorization Regulations (Regulations) also took effect in Nov. 2013. If your company has an activity or project that has the potential to cause serious harm to fish, you need to know about these new regulations because you may need authorization from the Department of Fisheries and Oceans (DFO). So here’s an overview of the authorization process.

The new Regulations spell out what a company needs to do to get such authorization. The DFO also released a new Fisheries Protection Policy (Policy) that explains these new requirements. There are three steps in the authorization process (see the flowchart at the end of the article, which illustrates the process):

Only works, undertakings or activities (we’ll generally refer to all three of these as “projects” for simplicity’s sake unless it’s inappropriate) that could result in serious harm to fish that are part of a designated fishery or that support such a fishery require authorization. So you first need to determine whether your project has the potential to result in such harm.

The Act protects fish and fish habitats that are part of or support commercial, recreational or Aboriginal fisheries, which include:

The Policy explains that when considering whether a project is likely to cause serious harm to fish and thus requires an authorization, proponents should identify:

Impacts to fish and fish habitat caused by the project. Have all potential impacts been considered? Pathways of effects diagrams, available on the Department’s website, may help you determine what kinds of impacts can be expected from typical developments.

Geographic scale of impacts. Is the scale of the project small enough that the disturbance won’t displace fish that would otherwise be occupying the habitat?

Availability and condition of nearby fish habitat. Is the habitat that’s being altered or destroyed the only habitat of its type and quality in the area of the project?

Impact on the relevant fish. Are the fish that are affected by the proposed project likely to experience increased mortality rates, increased stress and reduced fitness as a result of direct injury or reduced habitat function so that a localized effect on a fish population or stock is possible?

Insider Says: Under the new Act, existing Sec. 32 and 35 authorizations issued before Nov. 25, 2013 are valid under the new prohibitions in Sec. 35. But if you wanted to amend or cancel such authorizations, you had to have applied to the DFO by Feb. 24, 2014.

If you’ve determined that your project requires an authorization, you should apply for one. Schedule 1 to the Regulations describe the information that must be submitted by a proponent seeking an authorization, including:

The Regulations also require the application to include an irrevocable letter of credit issued by a recognized Canadian financial institution to cover the costs of implementing the offsetting plan.

Insider Says: Note that there’s an expedited process for emergencies, that is, projects that must be carried on without delay in response to:

The DFO will confirm receipt of the application and then has 60 days to determine whether it’s complete. If it’s incomplete, the Ministry must provide a list of the information that has to be provided to make it complete. Once the application is complete, the DFO has 90 days to either issue or reject the authorization. In doing so, it must consider four factors:

Contribution of the relevant fish to the ongoing productivity of commercial, recreational or Aboriginal fisheries. The contribution of relevant fish relates to the role of the fish and fish habitat affected by the project in the overall productivity of the commercial, recreational or Aboriginal fishery. Ongoing productivity is the potential sustained yield of all fish populations and their habitat that are part of or support such fisheries. Effects on productivity may be assessed using a variety of tools but the metrics and level of detail used to provide estimates of such impacts will generally depend on both the type and scale of the impact.

For projects with a low likelihood of impacting productivity, or in which the impacts are relatively small, proponents must qualitatively document only the key impacts and their associated links to components of productivity, such as growth, performance, survival, migration and reproduction.

For projects likely to cause large-scale impacts, the metrics of productivity should be chosen based on the type of impact, such as metrics related to habitat area or to components of productivity that are linked to the fish’s life cycle.

Very large-scale impacts that are likely to result in ecosystem transformation will require the most detailed estimates of impacts to productivity, likely involving quantitative fish population models.

As project proponent, you’re responsible for documenting and providing information so that an analysis describing the contribution of relevant fish may be undertaken. This analysis will help determine how the project may affect the relevant fisheries management objectives and the amount and type of avoidance, mitigation and offsetting measures required.

Fisheries management objectives may range from high-level objectives applying widely to multiple fisheries or fish stocks to objectives that are limited in scope to a specific fishery, stock or region. When fishery-specific objectives are included in federal, provincial, territorial or co-management board fishing plans, they’ll be considered foremost when making regulatory decisions related to the fisheries protection provisions of the Regulations.

If there aren’t any fishery-specific objectives, overarching strategies and policy objectives established by the DFO or other fisheries managers should be considered. In areas where other entities manage the fishery, discussions with relevant authorities may also occur. There are consequences for carrying on a project that results in serious harm to fish or failing to comply with the conditions of an authorization under these Regulations. The Fisheries Act outlines minimum and maximum fines, depending on different classes of offenders and types of offence. And jail is a possibility for repeat offences. So although getting authorization for your company’s projects under the new Regulations is still an involved process that requires you to gather and provide a lot of detailed environmental information, make sure that you do so when necessary. But the good news is that authorization is now required for fewer projects so you likely won’t have to go through this three-step process that often.