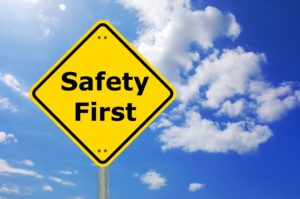 Why do companies make changes in their OHS programs, safety rules, safety culture, etc., especially big improvements? And what motivates companies that were low performers in health and safety to take steps to become good performers?

A new study from researchers from the Institute for Work & Health (IWH) found that when workplaces make large OHS improvements, it seems some type of external influence helps bring three internal factors into play:

The study, “Important factors in common among organizations making large improvement in OHS performance: Results of an exploratory multiple case study,” is available online and will be published in the July 2016 edition of Safety Science.

Led by IWH Scientist Dr. Lynda Robson, the researchers examined workplaces that made substantial improvements in OHS performance to identify the factors contributing to their “breakthrough change.” They combed through the WSIB statistics of 2,599 Ontario firms to find those that had undergone a large change from 1998 to 2008, i.e., those that started out among the 50% with the highest claim rates in their sectors and ended up 10 years later among the 20% with the lowest claims rates.

They did interviews to confirm that most firms experienced this change as part of an intentional effort to improve health and safety—not as a result of reorganization or another unrelated reason.

From a pool of 12 firms that met the team’s change criteria and intentionally made OHS improvements, the researchers then focused on four workplaces from different sectors. They toured the organizations and conducted interviews with about 10 individuals at each. They also drew on a wide range of documentation—from JHSC notes to MOL orders. The goal was to put together a picture of employee health and safety at these workplaces and the reasons why claims rates declined.

The study found change was typically initiated by one or more external influences acting on the workplace, such as:

As a result of such external influences, the companies sought out new OHS knowledge—especially about OHS management and risk control—and brought it into the workplace, orchestrated by an OHS champion who integrated this new knowledge into the company’s workings.

The OHS champion appears to be a key figure in the initiation of breakthrough change, says Robson. Whether it was a newly hired OHS practitioner, someone already in the workplace given new OHS responsibilities or even the owner, this person tended to have strong people and organizational skills, with an ability to work easily with, and get the support of, workers, supervisors and managers. (Learn more about the importance of having an OHS champion.)

The team also learned that, once the change process was in place, other common factors came into play, including: