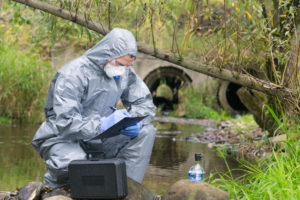 The Need to Modernize the CEPA

The CEPA is the centerpiece of the federal government’s regime to prevent pollution and manage toxic substances and wastes. However, the science of harmful chemicals and pollutants on which the CEPA is based has advanced significantly since the law first took effect in 2000. Last April, the government introduced Bill C-28 to modernize the system but the September national elections prevented the legislation from advancing. Bill S-5, which was tabled on February 9, basically picks up where C-28 left off.

Every individual in Canada has a right to a healthy environment and the government has a duty to protect that right in administering CEPA, stated the Ministry of Environment and Climate Change Canada (ECCC) in announcing the bill.

Here are some of the key things Bill S-5 would do to change the CEPA and modernize ECCC regulation of toxic substances.

When CEPA first launched, the plan was to categorize 23,000 substances in commerce based on bioaccumulation, persistence, inherent toxicity and greatest potential for exposure. That work has now been largely completed with nearly 4,300 substances identified as priorities. Now those substances need to be prioritized. And that’s just what the new law would require the government to do via creation of a new Plan of Chemicals Management Priorities for assessment of substances.

Beefed Up Protection Against Toxic and Highest Risk Substances

Under the new system, among substances determined to be toxic under CEPA, the government would have to prioritize those posing the highest risk in banning activities related to toxic substances. Criteria for substances of the highest risk would include persistence and bioaccumulation, carcinogenicity, mutagenicity and reproductive toxicity. Substances could be phased out entirely, activities or releases of concern could be prohibited, or all new uses could be prohibited unless it can be shown that there are no safer alternatives and the use can be undertaken safely.

The bill would require the government to consider available information about the cumulative effects on human health and the environment that may result from exposure to a particular substance in combination with exposure to other substances when conducting and interpreting the results of risk assessments.

Under the new law, industry may submit and the government must respond to formal request that a chemical be assessed. Industry would have to provide a rationale to support requests for confidentiality for business information, and the government would establish the circumstances under which the names of masked substances or living organisms may be disclosed.

To support the shift to safer chemicals, the federal government would create a publicly available “Watch List” of substances for individuals and businesses to try to avoid because they’ve been determined to be capable of becoming toxic under the CEPA. According to the ECCC backgrounder, the Watch List “will help importers, manufacturers and Canadian consumers to select safer alternatives and avoid regrettable substitutions—replacing one problem chemical with another that in turn becomes a problem.”

Bill S-5 would require the federal government to exercise its CEPA powers so as to minimize risks to the health of “vulnerable populations,” defined as “a group of individuals within the Canadian population who, due to greater susceptibility or greater exposure, may be at an increased risk of experiencing adverse health effects from exposure to substances.” According to the backgrounder, people with greater susceptibility may include children and those in poor health, and people with greater exposure may include workers and people living in high pollution areas.