Misconduct in Appealing Environmental Orders Can Be Costly 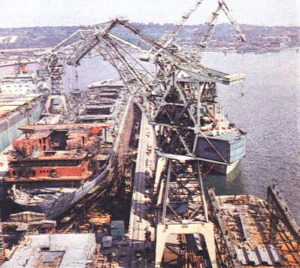 The site of a company’s shipyard was contaminated primarily with creosote, metals and tributyltin. After the BC Ministry of Environment identified contamination at the site, it spent 15 years trying to get various parties to voluntarily clean up the site. It was eventually forced to issue a remediation order to the prior owner and the shipyard company, which appealed, claiming that it wasn’t a “responsible person” under the Environmental Management Act. But on the third day of the hearing, the company formally and suddenly dropped its appeals. In response, several of the other parties involved in the litigation asked the Environmental Appeal Board to order the company to pay their costs. The Board agreed to do so, describing the company’s conduct as falling “far short of the standard of practice which the Board wishes to encourage” and “deserving of reproof or rebuke” [Seaspan ULC v. Director, Environmental Management Act].

When a company is issued an environment order, it can either comply with the order or challenge it. In deciding which option to choose, one factor companies may consider is the related costs. After all, appealing an order can generate many costs, such as lawyers’ fees and the cost of hiring experts. If the company loses the appeal, it’ll have incurred those costs and still have to pay the costs of complying with the initial order. As the Seaspan case shows, companies that engage in misconduct during the appeal may also be forced to pay the costs of the other parties involved in the litigation. And all these costs can add up to quite a lot.

Boards and tribunals that handle environmental cases and appeals often have very broad powers as to the remedies they can impose depending on the outcome of the case. For example, Sec. 95(2)(a) of BC’s Environmental Management Act, gives the Board the power to require “a party to pay all or part of the costs of another party in connection with the appeal” and Sec. 95(2)(b) says that if the Board considers a party’s conduct to have been “vexatious, frivolous or abusive”, it can require that party to pay all or part of the Board’s expenses in connection with the appeal. And Ontario’s Environmental Protection Act gives the Environmental Review Tribunal the power to award the costs of various kinds of proceedings. But most environmental boards and tribunals rarely exercise the power to award costs, which is considered “punitive” or intended to “punish and deter unwanted conduct”.

So why did the Board in Seaspan feel compelled to order the shipyard company to pay the other parties’ costs relating to the appeal of the remediation order? These parties argued that they were completely taken by surprise at the rapid collapse of the company’s appeals after the evidence of its main witness and felt that they’d been “put to the expense of preparing for a lengthy, contentious hearing” when the company knew, or should’ve known, that its main claims were “built on a shaky, or completely absent, foundation”.

The Board explained that its Procedures Manual said the policy was to discourage unreasonable and/or abusive conduct and to award costs only in special circumstances, such as when “an appeal is brought for improper reasons or is frivolous or vexatious in nature”. In concluding that an award of costs was warranted in this case, the Board made the following findings:

So the Board ordered the company to pay all of the other parties’ costs relating to the appeal. And it also asked all the parties to make submissions as to whether the company should pay the Board’s expenses as to the abandoned appeals as well.

The Board in Seaspan made it clear that although awards of costs are rare, sometimes they must be issued to encourage responsible conduct. And those costs can be very high. So it’s critical that when senior management is deciding whether to comply with or challenge an environmental order issued to the company, it makes such decisions in good faith. That is, executives should reasonably believe that they have legitimate grounds on which to appeal the order.