Mine and Supervisor Charged in Death of Contractor’s Worker 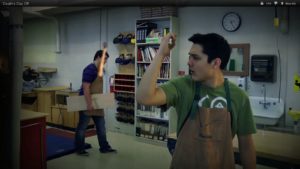 A mine hired a contractor to install poles and related equipment for a new power line. One of the contractor’s workers was killed while working in close proximity to an existing energized power line. The government charged the mine with six OHS violations, including failing to ensure that people were protected from hazards and failing as a principal contractor to ensure that employers performing work complied with the laws. It also charged a supervisor with two safety violations [The Iron Ore Company of Canada, Govt. News Release, April 30, 2013].