May 1: Report Released on Investigation of Formwork Collapse 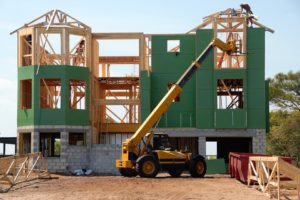 In May 2016, an industrial incident occurred at Nalcor’s Muskrat Falls generation site while concrete was being placed in the powerhouse. There were no serious injuries. A structural engineering consultant hired by Nalcor investigated the incident. Its recently released report found that factors contributing to the incident included deficiencies in the shoring system used to support the formwork, and noted issues with the integrity of the wooden formwork.