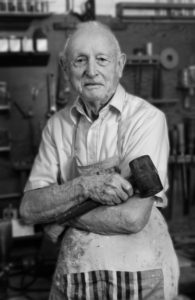 Discrimination on the basis of age is illegal under human rights law, which also considers it discrimination to treat someone differently because of a perceived characteristic. A mandatory retirement policy is presumptively discriminatory because it treats older workers differently than others and often on the basis of a perceived characteristic—that is, that someone’s increased age results in a safety risk that’s not otherwise present with younger workers. It’s “presumptively” discriminatory because an employer may be able to defend its policy by laying out evidence to justify it. If that evidence demonstrates that there is, in fact, a characteristic that comes with increased age that gives rise to a safety risk and that safety risk can’t be accommodated without undue hardship, then the policy will be justified.

The reality is that there are circumstances where increased age may translate to an increased safety risk in certain workplaces or in relation to certain work duties. For example, as we age, the musculoskeletal system weakens, while the ability of the heart, lungs and circulatory system to carry oxygen decreases, both of which could translate into a safety risk for an older worker who must perform load-bearing activities or extended heavy physical labour. We all probably notice that we can’t see as well as we used to, but these vision changes may become even more pronounced the older we get.  In some instances, a decreased ability to judge distances and the speed of moving objects may pose a safety risk for those driving vehicles or operating other mobile equipment.

Where that’s the case, when is a mandatory retirement policy the best way to manage that safety risk? How can an employer successfully justify such a policy?

As mentioned above, justifying mandatory retirement involves more than merely citing a general safety concern based on assumptions and generalizations about safety risks that may come with a worker’s increased age. Human rights law says an employer has to prove, on a balance of probabilities, that:

A Comparison of Two Cases

The above steps are commonly (at least amongst lawyers) referred to as the Meiorin test, after the name of the worker in a Supreme Court case that set out the test, British Columbia (Public Service Employee Relations Comm.) v. B.C.G.E.U., [1999] CanLII 652 (SCC), Sept. 9, 1999.

Obviously not all workplaces are alike. You might already have a gut reaction as to whether a mandatory retirement policy is justifiable on the basis of safety in a workplace that does more paper-pushing that it does forklift-operating. Because each workplace is unique, it’s impossible to simply categorize which workplaces would be likely to satisfy the Meiorin test when it comes to a mandatory retirement policy. However, it’s useful to look at some past cases where employers have both succeeded and failed in justifying these policies in order to understand some of factors at play.

In 2008, in the case of Espey v. London (City), 2008 HRTO 412 (CanLII), Dec. 18, 2008  (upheld on appeal), the Ontario Human Rights Tribunal had to decide if the requirement that suppression firefighters retire at age 60 was justified based on the Meiorin test. The Tribunal said that evidence showing the increasing risk of cardiac events with age and the effects of cardiac events on a firefighter’s work established a rational connection between mandatory retirement based on age and the need to protect firefighters’ health and safety. The evidence also demonstrated that the requirement was established in good faith by the employer and the union. Therefore, the employer met the first two parts of the test.

As to the third part of the test, the Tribunal then considered numerous issues before deciding that mandatory retirement at age 60, in this case, was reasonably necessary to ensure the health and safety of firefighters and that individually accommodating firefighters would create an undue hardship. It was important in this case that the evidence showed that the risk of an “on the job” cardiac event was high for suppression firefighters, this risk was unique to firefighting and moreover, it only increased with age. There was an increased safety risk for not only a firefighter over 60, but also co-workers and members of the public if the firefighter suffered a cardiac event in the course of performing his duties. It was noted that individualized testing may be a better indicator than age of such risks for the public at large, but this didn’t apply to firefighters given the unique risks they face in their work.

Ultimately, the Tribunal accepted that age was the best indicator of a risk of cardiac events in these circumstances. Finally, the Tribunal gave stock to the fact that both the employer and union had come up with the retirement requirement to avoid individualized testing which, in these circumstances, may have led to discriminating against firefighters on the basis of a disability. Because of the demonstrated increased risk of a cardiac event occurring with increased age and the safety risks if one took place while a firefighter was performing his suppression duties, the mandatory retirement policy was justified.

Compare the Espey case with the more recent decision of Way v. New Brunswick (Department of Education), [2011] CanLII 13074 (NB LEB), Feb. 16, 2011. Here, a New Brunswick Board of Inquiry heard the complaint of a former school bus driver who was forced by a regulation to retire at the age of 65. The Board agreed with the employer that the goal of the retirement requirement—public safety of school children on school buses—was rationally connected to the performance of the job. It also agreed that the  requirement was adopted under the honest and good faith belief that it was necessary to accomplish its goal.

However, the Board found that the employer hadn’t shown that mandatory retirement was reasonably necessary to accomplish its goal and that accommodation wasn’t possible without causing undue hardship. The employer’s position was that no one above the age of 65 can meet the absolute standard of safely transporting school children but it didn’t have any evidence to back up its position. The Board  said that there’s no “magic bullet” for a risk assessment nor is there a specific age that can be used to determine whether a person is or is not a safe driver. The Board also criticized the requirement because it “not only extends a time worn stereotype about the value of aging workers, but it is also one imposed under a blanket application, with a total absence of consideration for individual circumstances.”

These cases offer an important distinction between two different scenarios: The first involves clear evidence that age can be a relevant indicator of a safety risk and that individualized testing may not be possible given the particular nature of the work and the environment, justifying differential treatment on the basis of age.  The second involves a general concern for safety but, instead of relying on concrete, scientific evidence, relies on nothing more than stereotypes and fails to consider whether another approach, such as individualized testing, could have achieved the same safety-related purpose without undue hardship.

Employers should tread carefully when considering implementing a mandatory retirement policy. They should consider whether:

Peter Mueller is an associate at Taylor McCaffrey LLP in its labour and employment law department. Peter has a particular interest in all matters related to safety and health in the workplace, including but not limited to assisting clients with meeting their legal obligations immediately after an incident has occurred and defending clients who have been charged with safety-related offences. Please feel free to contact Peter directly at 204.988.0316 or pmueller@tmlawyers.com.