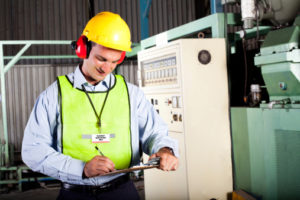 Many companies have internal OHS departments and may also have JHSCs. The overarching goal of these entities is to protect the health and safety of workers and ensure compliance with the OHS laws. But research indicates that these departments and committees don’t always have the intended impact on companies’ safety performance. So a Danish study of an industrial plant set out to test whether an OHS department can improve company safety culture by creating more and better safety-related interactions both within the department and between department members, such as safety managers or coordinators, and workers and supervisors on the shop floor. The researchers found that focusing on safety-related interactions resulted in a marked improvement in OHS performance, interaction patterns concerning safety and safety culture. Here’s an overview of the study and what you can learn from it.

In Denmark, the OHS law requires companies with more than five employees to establish a health and safety organization (HSO) consisting of a representative of senior management and so-called “safety groups” made up of a worker-elected safety representative and a supervisor for each major work area. There’s no clear equivalent in Canadian OHS law to the HSO, although an internal safety department comes closest. In addition, companies with more than 20 employees were obligated to establish a health and safety committee (HSC), which is similar to the Canadian JHSC. The study says the most common problems with the HSOs in Denmark are their dependence on a few highly committed individuals, a reactive approach and a lack of systematic action. At the same time, the HSO often lacks integration with the company’s core activities—i.e., production—which in turn leads to insufficient managerial attention.

To try to address these issues, the study was aimed at testing whether the HSO can improve company safety culture by creating more and better safety-related interactions both within the HSO and between HSO members and the shop floor by implementing interventions aimed at the JHSC, the whole HSO and the safety representatives. The theory was that these interventions would create a more active and visible HSO, engaging in more and better safety-related interaction, which should result in improvements in safety culture.

The key elements of the study include:

Methods used. The researcher used various methods. Semi-structured interviews were performed at baseline and follow-up with three groups of four employees, all safety representatives, all supervisors, the safety manager, the production manager and the CEO. The interviews focused on seven themes such as knowledge of safety issues, risk behaviour, perception of the HSO and the priority of safety.

Questionnaires containing scales on HSO performance and safety culture were administered to all workers at baseline and at follow-up. Sample items included: “When we report an accident, we receive feedback afterwards,” “I have been shown how to perform my work safely at my current place of work” and “My inputs on safety issues are not considered.”

Lastly, the safety culture was quantified using various indicators, including attitudes toward safety, unsafe behaviours by workers, form and number of formal safety meetings, visible safety information in the plant, signposting, and safety standards of equipment and machinery.

Baseline safety performance. Baseline data showed that the company performed very poorly safety-wise and revealed a lack of management commitment to safety. Safety in general wasn’t an important issue for either management or workers, who had productivity as the dominant top priority. There were no objectives for safety performance, formal safety policies or any systematic preventive efforts. This situation was partly due to a very inefficient and passive HSO that had no knowledge of actual safety performance and didn’t even resolve identified safety issues. For example, the company had compiled 19 unresolved enforcement notices from the OHS regulator over a few years and was regularly penalized for violations of the OHS law. Likewise, an audit by an external OHS advisor documented 110 instances of insufficient or lacking safety signage.

But there was also a strong motivation to change. Six months earlier, the CEO had been replaced and the new CEO was, in his own words, “embarrassed by the company’s safety performance.” Similarly, the production manager, supervisors and safety representatives all were dissatisfied with the current state of affairs, but they were unable to create change as they didn’t know how to do it.

Interventions. Interventions were focused on creating more and better interactions involving safety within the company, which consisted of starting three processes of development in the company aimed at the:

HSC: To create a more active HSO, monthly meetings of the HSC were arranged. Four new members were also appointed, including two supervisors, an expert consultant from an external OHS advisor and the researcher (primarily in an observatory role). The aim was to create more efficient meetings. Previously, recent incidents were discussed at the meetings, but the company never analyzed incident data to guide preventive efforts because the conviction was that incidents could be attributed to lack of attention, thoughtlessness and stupid mistakes by workers. The researcher challenged this conviction and urged the HSC to look for patterns in incidents and search for underlying causes, instead of focusing on immediate causes.

HSO: The second intervention was aimed at the HSO and was based on the four compulsory formal meetings of the whole HSO during the study period. The researcher planned the content of these meetings, which were used to share information on current safety performance. The aim was to enlighten the HSO and use the information to specify objectives and goals for safety performance. Every meeting concluded with all paticipants formulating specific activities to carry out between meetings to fulfill objectives. Examples:

The study found a number of improvements in the company’s safety culture and overall OHS performance in several areas, including:

Issue identification and resolution. The data showed a doubling of formal meetings of the HSC in the two project years due to the pre-planned intervention of monthly meetings. But more importantly, there was an increase in unique issues on the agenda of these meetings—from approximately 20 a year in the years before the study to 62 the first year and 115 the second study year. Even more remarkable was the increase in resolved issues. While only two issues were resolved per year before the study, 32 and 50 issues were solved in the two project years, including the 19 enforcement notices from the OHS regulator. And a deeper understanding of incident causation gradually emerged in the HSC. At the end of the study period, specific preventive measures aimed at root causes were taken after nearly every incident and incident analyses were used to initiate safety campaigns. Thus, the result was a more efficient HSC, which was able to resolve safety issues.

Safety violations. The inspection reports from the OHS regulator showed that the enforcement notices that the company had at baseline were all resolved and no new enforcement notices had been issued. In fact, when the OHS regulator did a surprise workplace inspection midway through the project, the company’s rating changed from the worst to the best category, indicating a marked improvement in performance.

Safety culture. In the questionnaire data, all the HSO performance scales show significant improvements from baseline to follow-up. For example, the workers reported:

In addition, there were significant improvements in both “Top management commitment to safety” and “Safety specific transformational leadership.” Plus, safety issues were addressed a lot more by management when giving formal statements, such as information meetings by the CEO and supervisors.

The HSO had set safety objectives and was formulating a formal safety policy at follow-up. Also, it was now using incident analysis and registration to guide preventive efforts and plan campaigns. And safety ended up being a fixed point on the agenda of the works council and information meetings.

To reflect the changed approach to safety, the role of safety manager was changed from a staff function to a part of the line-management, indicating safety becoming more of a managerial responsibility. In interviews, supervisors indicated that the economic prioritization of safety was far higher at follow-up than baseline. There was also a different approach to external OHS advisors, who at baseline were seen as a nuisance and linked with confrontations and control. At follow-up, they were still seen as performing a controlling function, but also as necessary sparring partners in the safety effort.

The study shows that with straightforward interventions and a change in attitude and approach, a company’s safety culture and the effectiveness of its safety department, JHSC and OHS program can all be improved. Before the study, the company’s safety performance was lax and approach to safety was inefficient. During the study, the company questioned the governing value of ignoring safety. It identified the basic causes of its safety issues and then addressed those issues, trying to improve management commitment to safety, the economic priority of safety, and safety knowledge and skills. After the study period, management was more committed to safety, safety issues were dealt with in a competent manner, and resources were spent on safety issues and external advisors. Safety information became much more visible and safety signage improved markedly. Bottom line: Your company can improve its safety culture and OHS performance by adopting the belief that safety warrants the necessary priority to be handled in a proper way, while still recognizing the importance of production.