MANAGING YOUR EHS PROGRAM: 9 Lessons from the TransCanada Audit Report 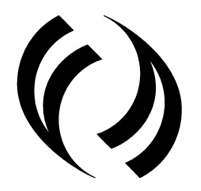 Implementing an EHS program is a great way to ensure that your company complies with environmental, OHS and related laws. But how do you know if your program is effective? One way to assess your EHS program is by auditing it. In most cases, companies voluntarily audit their programs themselves or hire outside consultants to do so. But in some cases, the government may perform an audit. For example, the National Energy Board (NEB) audits the EHS programs (called “Integrity Management Programs” or IMPs) of the pipeline companies under its regulation for non-compliance and in response to allegations. It recently released a report on its audit of TransCanada’s IMPs. Here’s an overview of the report’s findings and nine lessons you can learn from it and apply to your own EHS program.

But the audit also found the company to be non-compliant in these four sub-elements:

Based on the NEB audit’s findings, here are nine lessons you can apply to your own EHS program:

[learn_more caption=”1. Implement environmental programs throughout your facilities and operations.”]

For example, TransCanada developed a new management program for high pressure piping in gas facilities. Although the audit found that this new program was adequate in terms of its content, the company hadn’t fully implemented it throughout all of its facilities.

Companies must have documented training programs for employees and contractors that cover, among other things:

Training must also evaluate competency to ensure workers and contractors have the required knowledge and understand it. For instance, the NEB audit determined that TransCanada has developed effective methods to manage the training and qualification of its employees and contractors.

[learn_more caption=”4. Be proactive in identifying environmental risks and hazards.”]

You can’t just react to environmental incidents when they occur—you must be proactive in trying to prevent such incidents from happening in the first place. To that end, companies should establish and maintain a process to develop, implement and communicate measures meant to mitigate, prevent and protect against environmental hazards and risks, including measures to proactively reduce or eliminate risks and hazards at their source.

For example, TransCanada’s threat management programs provide a listing of appropriate measures for managing identified risks and threats, including:

Despite all your efforts, environmental incidents can still happen. When they do, you need to have a process in place to investigate such incidents, near misses or violations of environmental law to identify deficiencies and opportunities for proactive improvement in your EHS program. During the course of the audit, TransCanada provided evidence of its analysis of possible incident types and data to assess trends and establish root causes of incidents. But the NEB did note that although its internal noncompliance and incident reporting processes were adequate, they could be more detailed in the areas of preventative action and information sharing across the company.

This lesson is related to the one above. If your company has experienced a particular kind of environmental incident, it’s critical that you take appropriate steps to ensure that similar incidents don’t happen in the future. After all, once an incident has occurred, you’re on notice that there’s a risk or hazard present and must respond appropriately.

For example, the NEB audit found that TransCanada has a number of processes and procedures to identify potential abnormal operating conditions, accidental releases, incidents and emergencies. These processes were compliant and had suitable back-up systems. But the NEB also concluded that TransCanada didn’t conduct sufficient inspections or audits of its customer installations to avoid over-pressure incidents, particularly in light of the company’s history of such incidents.

Don’t wait for a government agency such as the NEB to audit your EHS program. You should have a process for conducting internal audits of your environmental programs and procedures. This process should include training and competency requirements for staff carrying out the audits and be conducted on a regular basis.

For example, internal audits of TransCanada’s IMPs are conducted by personnel that are independent of the areas to be audited or a contracted third party. It conducts quarterly field-based compliance audits at multiple locations across Canada. All audit findings are tracked and required to be resolved. Findings are also categorized as either site-specific or systemic and responsibility for them is assigned accordingly. In addition, the progress of resolving audit findings is monitored and escalated when necessary.

Your company’s senior management can’t simply assume the EHS program is working effectively. It must actively and regularly monitor and manage the program for continuing suitability, adequacy and effectiveness. An appropriate management review process can help identify and prevent environmental offences.

The NEB audit concluded that TransCanada has undertaken several initiatives aimed at reviewing its IMPs, including:

However some of the non-compliances identified during the audit illustrate that the management review process wasn’t entirely effective.

If a worker raises an environmental concern, you must respond appropriately. For example, you must not retaliate against the worker in any way, such as by suspending or firing him. Instead, you should have a process for addressing worker concerns, which includes investigating them and taking any appropriate actions based on the results of that investigation. If you don’t properly address worker concerns, they may report their concerns to the government.

A worker had raised environmental concerns about TransCanada’s integrity management practices through its internal process. But the company didn’t adequately respond to these allegations. So the worker turned to the NEB. As part of the audit, the NEB looked into the worker’s allegations and concluded that some, but not all, of the concerns were warranted. The audit also found that TransCanada’s practices and procedures to deal with reporting of worker concerns at the time of the audit weren’t effectively implemented.

EHS program audits are an effective tool to proactively detect and correct a company’s environmental violations before they have an opportunity to grow and potentially impact environmental protection or safety. You should conduct or hire someone to conduct such audits on your own and not wait for the government to audit your program, which can reveal deficiencies and expose your company to possible liability.