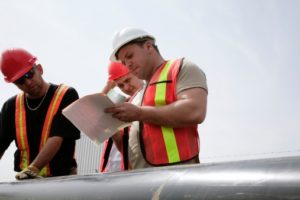 One of the more challenging aspects of being a safety professional is getting senior management’s support when you make safety recommendations, such as implementing new safety measures. Most safety professionals have probably felt at some point that they were being ignored.

The next time you don’t feel like senior management is listening to you or following your suggestions, tell them about a recent case from Great Britain that illustrates the consequences of ignoring the advice of a safety professional.

A new worker for Stormguard, a manufacturer, was using a drill when the glove on his right hand got caught, pulling his hand around the rotating drill bit. The third finger on his right hand was dislocated and fractured; his little finger was also broken.

An investigation by the Health and Safety Executive found that the guard on the drill was inadequate and that it had become common practice for workers to wear gloves while using the drill—despite the fact that the risk of gloves becoming entangled was well known in the manufacturing industry. (See, Spot the Safety Violation: When Good PPE Goes Bad.)

The court was told that the company own health and safety officer had identified inadequate guarding on the drill in a written report over a year before the incident. He’d  also raised the issue of workers wearing gloves while using drills. But the company didn’t take any action to address these issues.

Speaking after the hearing, HSE Inspector Deborah Walker chastised the manufacturer, saying, “There was simply no need for this incident to have happened, especially as Stormguard’s own health and safety officer had raised the issue with the company…There’s absolutely no point in manufacturers hiring health and safety officers if they’re not going to listen to their advice. Risk assessments should be acted on—not put on a shelf to gather dust.”