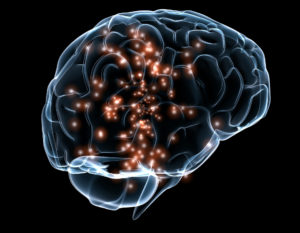 Countless studies have shown that employees working evening, night or rotating shifts face a higher risk of being injured on the job than those who work days. But few studies have looked at the long term impact of performing shift work, including its potential impact on brain functions, such as memory and processing speed.

A recent study by researchers from Swansea University in Wales and other European universities did look at the impact of long term shift work—and found that it could be linked to impaired brain power.

In the study “Chronical Effects of Shift Work On Cognition: Findings From The Visat Longitudinal Study,” which was published in Occupational & Environmental Medicine, researchers tracked the cognitive abilities of more than 3,000 people at three time points.

Just under half (1,484) of the sample, which was drawn from patient lists of three occupational health doctors in three regions in southern France, had worked shifts for at least 50 days of the year. Around one in five of those currently working (18.5%) and 17.9% of those who’d retired had worked a shift pattern that rotated between mornings, afternoons and nights.

Participants were ages 32, 42, 52 and 62 at the time of the first set of tests, which assessed long and short term memory; processing speed; and overall (global) cognitive abilities.

As for whether any abnormal working hours were associated with a decline in cognitive abilities, the data showed that those who currently or who had previously worked shifts had lower scores on memory, processing speed and overall brain power than those who had never worked shifts.

The second set of analyses looked at the impact of working a rotating shift pattern and found that those who had worked rotating shifts for 10 or more years had lower global cognitive and memory scores—equal to 6.5 years of age-related cognitive decline.

Dr Philip Tucker, Professor of Psychology, Swansea University said, “The study shows the long term effects of shift work on the body clock are not only harmful to workers’ physical health, but also affect their mental abilities. Such cognitive impairments may have consequences for the safety of shift workers and the society that they serve, as well as for shift workers’ quality of life.”

For more on other health and safety risks related to shift work, see: