Liability of Homeowners as ‘Employers’ under OHS & Workers’ Comp Laws 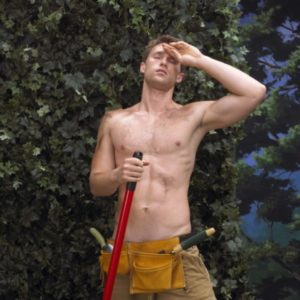 The Canadian OHS and workers’ comp laws impose duties on “employers.” When you think of an “employer,” you likely think of a company that employs various people to perform various jobs on its behalf. But in some circumstances, an individual could be considered an employer under these laws, such as the sole proprietor of a business.

What may come as a surprise, however, is that a homeowner who hires someone could also qualify as an “employer”—and thus be subject to the same duties as large companies under the OHS and workers’ comp laws.

To help individuals understand their possible liability as employers, the workers’ comp boards for BC, NT and NU recently issued some guidance. The WSCC for NT and NU released a brochure on homeowners’ responsibilities, while WorkSafeBC updated its website information on this topic.

There are no clear cut answers on when homeowners qualify as employers. (The safest course if you’re in doubt is to contact your workers’ comp board or OHS regulatory agency and ask.)

But in general, a homeowner may be considered an “employer” if he or she pays full- or part-time workers to work in and around the home, such as a:

The number of hours the individual works for you is one factor that may determine whether you’re an employer. In addition, if you hire an “independent business,” such as a guy who cleans gutters for a living and has multiple clients, you’re probably not an employer.

If you are considered an employer, you’d be required to, say, register with the workers’ comp board and take steps to ensure the safety of workers working on your property.

If you’re not considered an employer, don’t relax too much because you could still face liability for a worker’s injury under the occupiers’ liability laws.

Example: A farm owner in Alberta hired a neighbour who was an electrician to move wires from an old wooden pole to a new pole. Although the farm owner knew the wooden pole was rotten and unstable, he didn’t warn the electrician. While standing on a ladder on a platform, the electrician cut a wire on the old pole. The pole twisted, throwing him to the ground. He was severely injured and sued the farm owner under the Occupiers’ Liability Act for failing to see that he was reasonably safe on the premises. The court agreed, noting that the farm owner’s failure to advise the electrician of the pole’s hazardous condition was “a very substantial departure from the conduct of a prudent homeowner.”