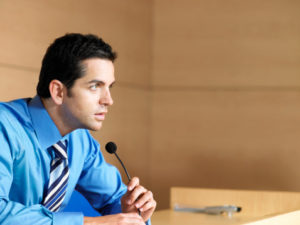 The most common form of liability companies can face for acts that harm or impact the environment is fines and other penalties for violations of the requirements in the environmental laws. This type of liability is imposed by the government on behalf of the general public. But if individual members of the public are also impacted, they may pursue your company for liability under nuisance, negligence and other legal theories. And if there are many individuals with similar claims and who suffered similar damages, they may join together to sue in the form of a class action. Environmental class actions are becoming more common, although they’ve had mixed success. So here’s a primer on five things you need to know about class action lawsuits in case your company is ever named in one.

Because EHS professionals may be asked to assist in preparing the defence to an environmental class action, it’s important that they understand the key elements of such a lawsuit, including:

A class action—sometimes called a class proceeding—is essentially a legal mechanism for determining common issues or deciding common claims shared by a group of individuals. The key benefits of a class action are that they:

In 2008, the Supreme Court of Canada issued a landmark decision on both class actions and nuisance law. In St. Lawrence Cement Inc. v. Barrette, the Court essentially established the right to bring a class action for environmental harm, ordering a cement company to pay $15 million in damages to its neighbours for abnormal and excessive noise, smoke and dust from its plant.[/learn_more]

Nearly all jurisdictions in Canada have a statute on class actions that’s usually called the Class Actions Act or Class Proceedings Act. These laws typically spell out:

A class action must be based on a legal cause of action or claim. For example, individuals who were harmed by a model of car that allegedly has defective brakes might file a class action against the car’s manufacturer for products liability. Environmental class actions are generally based on the following kinds of claims:

Negligence. Negligence is failing to exercise the care toward others that a reasonable person in the same circumstances would’ve exercised. To prove a negligence claim, one must generally show that:

In an environmental context, individuals might sue for negligence if, say, they believe a mine failed to properly maintain a wastewater pond, which, as a result, discharged wastewater onto neighbouring lands and contaminated the soil.

Nuisance. A nuisance claim arises when individuals are unlawfully annoyed, prejudiced or disturbed in the enjoyment of their land. For example, residents who claim they can’t spend time in their yards because of the toxic fumes being emitted by a nearby plant might file a nuisance claim.

Strict liability. A company can be “strictly liable” for any damage to neighbouring properties caused by the escape of a hazardous substance, including damage that isn’t caused intentionally or negligently. This kind of claim is often called a Rylands claim after an old British case, Rylands v. Fletcher. The theory behind this type of claim is that someone who brings something onto land that isn’t naturally there and that increases the potential danger to others does so “at his own peril” and should be held responsible if that thing escapes the land and damages other people’s property.

To prove a Rylands claim, the person suing for damages must prove two things:

1) The defendant used the land in a “non-natural” way; and

2) Due to that unnatural use, something “likely to do mischief,” such as environmental damage, escaped from the land and caused such damage.

Insider Says: For more on Rylands claims, see “When Is Your Company ‘Strictly Liable’ for Environmental Damage?”

Note that class actions claiming property damage, such as contamination of land or water, have been more successful than those claiming that pollution caused health problems such as cancer.

Example: Residents of a municipality sued the federal government, a research center and a munitions manufacturer in a class action for allegedly spilling the solvent trichloroethylene (TCE) on the ground and contaminating the water table and their drinking water wells. They claimed that the TCE contamination was the cause of an abnormally high number of instances of cancer, illnesses and other health effects among former and current residents of the town. The residents sought compensation and damages as well as an order requiring the defendants to decontaminate the water table. They also asked for punitive damages for injuries to their physical integrity and the enjoyment of their property. The Québec Superior Court ruled that the residents hadn’t proved the TCE contamination caused increased cases of cancer but it did find that the water contamination was a nuisance [Spieser v. Canada].[/learn_more]

The procedures in a class action are typically the same in all jurisdictions and include these key steps:

Filing or application. A person who’s a member of the proposed class must file pleadings or an application asking the court to certify the proceeding as a class action. This person is usually the individual who’ll be named the representative of the class (more on this below).

Most jurisdictions’ class action laws also spell out the factors the court must consider when deciding whether a class action is the “preferable procedure.” The court must generally consider any matters it deems relevant as well as whether:

Notice to class members. If the court certifies the lawsuit as a class action, the representative plaintiff must notify the individuals who are prospective members of the relevant class about the lawsuit. The class action laws specify the information these notices must contain and the court may also require them to contain additional information. But in general, the notice must:

The notice can be sent by a variety of means, including:

Trial. When the court certifies the class, it also certifies the common issues that apply to that class. A trial must be held to resolve those issues (provided the class action isn’t settled beforehand).

There are two ways to challenge a class action:

Example: Property owners and residents of Sydney, NS sued the governments of Canada and Nova Scotia and a company over the operation of a steel works facility that included a steel mill, coke ovens and tar ponds. They claimed that the facility emitted pollutants that contaminated their properties and posed risks to their health. They asked the court to certify their case as a class action, alleging various claims including trespass, strict liability under Rylands, negligence and breach of fiduciary duty. The Nova Scotia Supreme Court certified the class action, so the defendants appealed.

The Nova Scotia Court of Appeal overturned the order certifying the lawsuit as a class action. The court concluded that the alleged facts didn’t support the Rylands, trespass, battery and negligent battery claims, although they did support nuisance, negligence and breach of fiduciary duty claims. However, these claims weren’t sufficiently common to all the prospective class members to justify certification as a class action. So the court ruled that a class action wasn’t the preferable procedure here because it wouldn’t provide the expected benefits of such a proceeding [Canada (Attorney General) v. MacQueen].

Note that winning a challenge to the lawsuit as a class action may not be the end of the issue because the individuals who made up the proposed class may still be able—and desire—to to sue you individually.

Substantively. If you can’t get the lawsuit dismissed as a class action, you can still substantively challenge its underlying negligence, nuisance or other claims.

Example #1: For 66 years, a refinery in the Port Colborne area of Ontario emitted nickel into the air until closing in 1984. In Sept. 2000, the MOE revealed that it had found higher than expected nickel levels in a soil sample from a neighbouring property, generating negative publicity about the area. A group of about 7,000 property owners in the area brought a class action against the refinery, claiming that the negative publicity created by the public disclosure of nickel contamination harmed their property values.

The Ontario Superior Court of Justice ruled for the class, ordering the refinery to pay the class members $36 million. But the Ontario Court of Appeal set aside the verdict. It ruled that the trial court didn’t properly apply Rylands v. Fletcher. It also explained that to prove nuisance, the class members had to show that they suffered actual physical injury or harm as a result of the refinery’s conduct. In other words, the class had to prove either that the nickel deposits in the soil at any level posed a risk or that the nickel levels were so high that they constituted a risk to human health. Because the class was unable to demonstrate that either of these risks existed, the nuisance claim failed, too [Smith v. Inco Ltd.].

Example #2: A rail company that operated a locomotive repair facility discovered that TCE had leaked into the groundwater and migrated to adjacent properties. The owners of the adjacent properties brought a class action based on nuisance and Rylands claims. The class action, which consisted of two class groups, sought damages for the reduction in their property values and loss of rental income. The rail company asked the court to dismiss all of the claims. The court dismissed only the nuisance claim made by one of the class groups but retained the nuisance claim made by the other group as well as the Rylands claim as to both. The rail company appealed.

The appeals court dismissed the Rylands claim made by both class groups, ruling that they’d failed to raise any genuine or triable issue and citing the Inco Ltd. case discussed above. Specifically, it found that there was no unreasonable use of lands; it wasn’t foreseeable at the time that the “escape” of the TCE would do damage; and the escape wasn’t the result of an unintended accident or event. But on the nuisance claim, the appeals court agreed that it should proceed as to the one class of property owners [Windsor v. Canadian Pacific Railway Inc.].

Insider Says: If you win substantively, the class members won’t be able to go after you on their own because by joining the class, they waived their right to sue you separately on these issues. So barring appeals, winning substantively ends the lawsuit for good.[/learn_more]

Class actions are a mixed blessing. On the one hand, they enable your company to avoid having to defend itself for the same conduct in multiple court cases. However, they also enable victims who don’t have the resources to sue on their own to file claims against the company. In many cases, class actions are settled without going to trial on the substantive claims. But as the cases discussed in this article demonstrate, although more environmental class actions are being filed, more companies are taking them to trial—and winning. So as an EHS professional, it’s important that you understand the basics of this unique type of lawsuit.