Letting Workers Bring in Their Own Equipment Is Risky 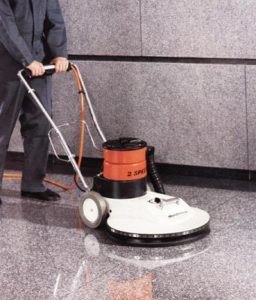 Most workers go to work and use the equipment their employer provides for them, which makes sense. After all, it wouldn’t be practical or fair to expect workers to provide their own forklifts or welding torches. But what if a worker wants to bring in his own equipment, such as a hammer or drill? Should you let him?

We recently asked if you let workers bring in and use their own equipment, such as power tools:

It was heartening to see that most readers recognized that allowing workers to use their own equipment carries a lot of risk. Unfortunately, a store in New Brunswick wasn’t as careful—and a young worker died as a result.

A 17-year-old worker was electrocuted while using a floor buffing and polishing machine on the wet floor of a garage at a Wal-Mart. One of the other technicians had bought the floor polisher at a yard sale and brought it to the garage for use. But the store hadn’t authorized its use or trained the technicians on it. In addition, although a supervisor knew workers were using this outside equipment, it wasn’t inspected monthly.

Wal-Mart pleaded guilty to three safety violations and the supervisor to two violations. The court fined the company $120,000—the highest fine ever imposed in the province for an OHS violation—and the supervisor $880 [Wal-Mart Canada and Denis Morin, March 21, 2012].

Lesson: Employers have a duty to ensure that the equipment workers use is safe, well-maintained and suitable for the job. They only way they can really fulfill that duty is by providing the equipment themselves—and barring workers from supplying their own equipment.