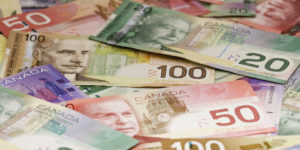 The WCB announced that a $281.5 million surplus will be distributed to employers. At the WCB’s 2015 year end, the funded position was 144.7%, which exceeded the 105-120% funding policy target range and resulted in a surplus. The surplus will be distributed to eligible employers in two instalments in July and Dec. 2016. Employers are eligible for the distribution if their net premiums were greater than their claims costs over the three-year period from 2012 to 2014.