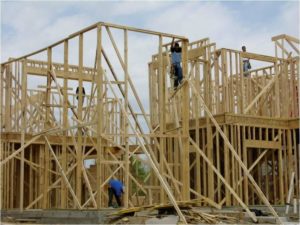 In some Canadian jurisdictions, companies can earn certificates of recognition (CORs) by having their OHS programs audited and certified as meeting designated standards. Although getting a COR can be time-consuming, it has several benefits.

For example, a new study from a researcher from the Institute for Work & Health (IWH) found that companies that have CORs have lower serious injury rates.

The study compared injury rates between more than 5,000 firms that took part in the province’s COR program and those that didn’t from 2005 to 2012. It found COR firms had on average 12-17% lower rates of serious injuries that resulted in time off work. (No differences were found between the two groups when it came to no-lost-time claims.)

“What’s interesting is the largest drops in injury rates were found in the most hazardous sectors, which were forestry and construction,” notes Dr. Christopher McLeod, IWH associate scientist, and assistant professor and co-director of the University of British Columbia’s Partnership for Work, Health and Safety.

McLeod notes that, due to the study design, he can’t say whether firms’ participation in the COR program resulted in the lower injury rates. “What we can say is that the COR audit process is effective at identifying firms with lower work injury risk,” he adds. “But to say whether COR is facilitating change or driving the change, we would need a different study design, and that’s what we’re now laying the groundwork to do.”

Other benefits of getting a COR including being able to offer your company’s COR as one piece of evidence that it exercises due diligence, earning rebates on workers’ comp premiums and being eligible to bid on certain kinds of jobs.

To learn about issues you should think about if you’re considering earning a COR for your company, watch this recording of a webinar by Alberta OHS lawyer David Myrol. (You can also just download the presentation.) You’ll learn: