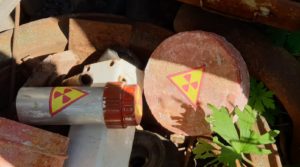 The 11 things you must do to protect workers from hazardous radiation.

Radiation is a hazard at not only medical and nuclear sites but also industrial workplaces where X-ray machinery, ultrasonic welding devices, lasers and other radiation-emitting equipment is used. As OHS director, you need to ensure that your company complies with the radiation safety requirements of your jurisdiction . Here’s an 11 step Game Plan to accomplish that objective.

Radiation is a form of energy emitted from a body or source that’s transmitted in waves through space before being absorbed into another body. Radiation is all around us. It’s what heats the earth and enables us to make calls on our smartphones. But while most of the radiation that we’re exposed to isn’t harmful, some forms can cause cancer and other serious health damage. The difference between benign and friendly radiation is the frequency of the waves and whether it’s strong enough to alter the molecules contained in the cells of our body.

Workplace dangers come mostly from machinery and equipment that emits what’s called “ionizing,” or high-energy radiation. Sources of ionizing radiation at industrial workplaces include X-rays and radioactive materials. The higher the emitted energy, the greater the danger.

Nonionizing radiation, including ultraviolet light, visible light, infrared light, microwaves, radio waves and electricity, doesn’t have enough energy to alter molecules. But it may have still have biological effects such as heating or initiating what are called photochemical reactions that mess with the chemistry of a molecule.

Here are the X things you must do to comply with radiation safety laws.

This article addresses general radiation workplace safety requirements. It doesn’t cover workers nuclear power plants, which are regulated by federal law, nor requirements applying only to specific types of equipment or devices.

1. Do a Radiation Hazard Assessment

The first step in controlling radiation hazards is to identify and assess them. Sources of potentially harmful radiation at industrial, non-medical sites may include:

You must notify workers of the hazards they face and the precautions necessary to protect themselves before assigning them to positions or work areas that expose them to potentially harmful radiation. Key information to provide exposed workers includes:

The optimal solution to radiation hazards is to eliminate them by substituting machinery or equipment that doesn’t emit dangerous radiation. If that’s not reasonably practicable, implement engineering controls to minimize exposure. For example, engineering controls for X-rays may include:

You must limit workers’ exposure to radiation to limits specified in the OHS or radiation safety regulations of your jurisdiction and stay as low as possible under those limits. Exposure to ionizing radiation is typically measured in Sievert (Sv) or milliSievert (mSv). To determine safe exposure levels, you must calculate:

Exposure limits vary by jurisdiction. For example, in BC, workers’ exposure to ionizing radiation can’t exceed an annual effective dose of 20 mSv and an annual equivalent dose of:

There are also exposure limits for particular forms of ionizing and non-ionizing radiation.

You must also continually monitor each worker’s actual exposure. Monitoring is typically done via use of personal dosimeters that measure accumulated exposure to radiation over a period of time, typically 3 months. Because the impact of radiation on health may not be apparent and may develop over time, some jurisdictions also require employers to conduct medical monitoring of workers exposed to radiation.

Develop a radiation safety policy and work procedures for:

Make sure you furnish and ensure the safe use of PPE to protect workers from radiation exposure, which may include lead aprons, goggles or other eye protection, protective gloves and skin cream. Remember that PPE may be required not just for operators of radiation equipment but those who work in nearby areas.

Post signs warning of radiation dangers and displaying the radioactive symbol at all entrances of work rooms or areas where hazardous levels of radiation may be present. Radiation equipment should also have appropriate warning signals, systems and devices appropriate for the particular type of equipment and the hazards it poses.

Provide workers who are exposed to radiation safety training covering, at a minimum:

Verify that workers understand and are capable of applying their training. Keep records of the training you provide and when you provide it. Provide refresher training at least every 3 years.

Because radiation exposure is so dangerous to pregnant workers and fetuses, most jurisdictions require employers to take special measures to protect them. First, the worker must notify the employer that she’s pregnant or trying to get pregnant. Upon getting such notification, you must reassess the worker’s job duties and training needs for the balance of the pregnancy. If the worker remains exposed, you must limit her exposure to the stricter limits that apply for pregnant workers and constantly monitor her levels of exposure throughout the pregnancy.