Ionizing & Non-Ionizing Radiation Safety: Know the Laws of Your Province 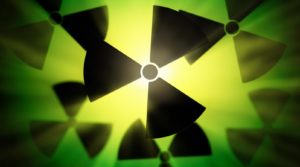 What employers must do to protect workers from harmful radiation.

Exposure to hazardous levels of radiation can cause cancer and other health problems. Equipment that emits dangerous radiation may be found not only at health care facilities but also industrial sites. Employers are legally required to take measures to protect exposed workers. The requirements are typically contained in the OHS regulations. However, several jurisdictions have also adopted separate radiation safety laws imposing more stringent requirements. Here’s a rundown of the radiation safety laws in all 9 provinces and the federal jurisdiction.

Employer must: (a) If a device capable of emitting ionizing or non-ionizing radiation is used in the workplace, implement the appropriate ANSI or National Health and Welfare Safety Code listed in Section 10.26(2) of the Regulation, depending on whether it’s a microwave or demonstration-type discharge device, medical, dental, veterinary or industrial x-ray, ultrasound, MRI, short-wave diathermy equipment, laser or dielectric (RF) heater; (b) Ensure employee exposure to nuclear energy doesn’t exceed radiation dose limits set out in Radiation Protection Regulations; and (c) Ensure that no employee other than a nuclear energy worker is exposed to radon at average concentrations, over a year, that exceed 800 Bq/m3

Radiation Protection Regs: Employer that’s the owner of radiation equipment must: (a) Monitor worker ionizing radiation exposure; (b) Retain records of monitoring for at least 5 years and make them accessible to workers and OHS officials; (c) Reassess the job duties of workers exposed to radiation who tell you they’re pregnant to ensure their exposure remains below the dose limits listed in Table 1 of Schedule 1 of the regs; and (d) Ensure that users of ionizing radiation equipment are competent and at least 18 years of age

Laser Radiation: Employer must ensure laser beams are operated and used in accordance with ANSI Z136.1-1993, American National Standard for Safe Use of Lasers (Sec. 34)

Infra-red Radiation: Employer must ensure that: (a) All sources of intense infra-red radiation are shielded as near the source as possible by heat absorbing screens, water screens or other suitable devices; and (b) Employees are provided with and wear properly fitting goggles, face shields or other adequate eye protective equipment when entering an area where they may be subjected to infra-red radiation liable to injure or irritate the eyes (Sec. 35)

Radiofrequency Radiation: Employer must ensure that: (a) The installation and use of a radiation emitting device in the frequency range 10 kHz to 300 GHz meets the standards of Limits of Exposure to Radiofrequency Fields at Frequencies from 10 kHz-300 GHz, Safety Code 6, from the Environmental Health Directorate, Health Protection Branch and published by the Minister of National Health and Welfare; and (b) Exposure of an employee or other person to radiofrequency radiation at frequencies from 10 kHz to 300 GHz doesn’t exceed the limits set out in the above mentioned safety code (Sec. 37)

Radiation Health & Safety Regs.: Employer that’s an owner of radiation equipment must: (a) Maintain a separate record for each radiation worker indicating the extent to which he/she has been exposed to ionizing radiation on a continuous permanent basis; (b) If a radiation worker tells you she is or suspects she is pregnant, reassess and revise her job duties or training activities to ensure the maximum permissible dose for a pregnant person specified in the regs. isn’t exceeded; (c) Before a radiation worker uses the radiation equipment or enters a space where it’s used, give the worker written safety instructions covering: (a) the safe operation of the equipment; (b) the protective procedures to be followed; (c) the use of protective equipment; and (d) procedures to be followed in the event of an accident; (d) Post the above written safety instructions near the control of the equipment; (e) Report overexposures and other accidents to the Director in accordance with Sec. 18; and (f) Submit a radiation survey report to the Director every 2 years or at more frequent intervals if the Director requests it in writing.

Key Definitions: (a) “X-rays” mean an electrically-generated electromagnetic radiation of maximum photon energy not less than 5,000 electron volts; (b) “X-ray machine” means an electrically powered device, the principal purpose of which is the production of x-rays; (c) “X-ray source” means any device, or portion of a device, that emits X-rays, whether or not the device is an X-ray machine; and (d) “X-ray worker” means a worker who, as a necessary part of his/her employment, may be exposed to X-rays and may receive a dose equivalent above the annual limits listed in the Reg. under Column 4 of the Schedule

Employer that’s the owner of an x-ray machine must: (a) Designate a person, for each X-ray source, who’s is competent because of knowledge, training or experience in the use and operation of X-ray sources and in radiation safety practices, to exercise direction over the X-ray source’s safe use and operation; (b) Advise a Director in writing of the name of the designated person; (c) Before a person hired as an X-ray worker begins his/her employment: (i) Notify the worker in writing that he/she is employed as an X-ray worker, (ii) inform the worker of the limits on the dose equivalent that the worker may receive by the worker and/or the dose equivalents that apply to a pregnant X-ray worker if the worker is female; (d) Keep a list of all X-ray workers that it employs; (e) Limit exposure to the dose equivalents specified in the reg.; (f) In a workplace where an X-ray source is used: (i) Post or install X-ray warning signs or warning devices in conspicuous locations, (ii) Label at its operating controls every X-ray source capable of producing an air kerma rate greater than 5 micrograys per hour at any accessible point as a source of X-rays, and (iii) Use locks, interlocks, barriers and/or X-ray warning signs to control access to any area where the air kerma may exceed 100 micrograys in any one hour; (g) Furnish each X-ray worker a suitable personal dosimeter providing an accurate measure of the dose equivalent received by the X-ray worker, along with the record of the worker’s radiation exposure; (h) Retain an X-ray worker’s personal dosimeter records for a period of at least 3 years; and (i) If applicable, comply with the special requirements for X-ray machines used for industrial radiography or industrial fluoroscopy and X-ray sources kept in cabinets

Laser Radiation: Employer must ensure that a laser or laser device is installed, operated, labelled and maintained in accordance with ANSI Z136.1-2014, American National Standard For Safe Use of Lasers

Infra-red Radiation: Employer must ensure that: (a) All sources of intense infra-red radiation are shielded as near the source as possible by heat absorbing screens, water screens, or other suitable devices; and (b) Workers are provided with and wear properly fitting goggles, face shields or other adequate eye protection when entering an area where they may be subjected to heat rays liable to injure or irritate the eyes

Ultra-violet Radiation: Employer must ensure that workers are protected from dangerous emissions of ultraviolet radiation by remaining at a safe distance from the source or by the employer’s placing protective cabinets or screens around the sources of emission or a screen of ultra-violet absorbing glass or other material between the workers and the source of radiation

Infra-red Radiation: Employer must ensure that all intense infra-red radiation sources are shielded by heat absorbent screens, water screens or any other devices to protect workers

Ultra-violet Radiation: Employer must ensure that the following precautions are taken in areas where operations producing dangerous emanations of ultra-violet radiations such as arc welding and cutting and resistance welding are carried out: (a) Enclosure of the emanation sources with protective screens; (b) Use of gloves or protective creams to protect the hands and forearms of workers exposed to appreciable doses; and (c) Use of required PPE to protect the eyes and face

Ionizing Radiation: Employer must ensure that: (a) Workers exposed to ionizing radiation are monitored by dosimetry; and (b) In the event of an overdose, the workers exposed undergo medical examinations at more or less regular intervals, depending on the duration of exposure

Ultraviolet Radiation: Employer that’s the owner of ultraviolet radiation equipment must: (a) Limit exposure to ACGIH “Ultraviolet Radiation” Threshold Limit Values for Chemical Substances and Physical Agents & Biological Exposure Indices (2003); (b) If the spectral composition of the radiation is unknown, ensure the total radiant exposure of an occupational worker’s unprotected eyes or skin doesn’t exceed 30 joules per square metre in any 8-hour period; (c) If it knows or ought to know that an occupational worker shows inherited photosensitivity to ultraviolet radiation or is under treatment with a photosensitizing drug, ensure that: (i) the worker’s exposure to ultraviolet radiation is limited in accordance with the advice of a duly qualified medical practitioner; or (ii) the worker is issued any eye and skin protection that is specified by a duly qualified medical practitioner or OHS officer; and (d) If the exposure limits can’t be complied with, issue to each occupational worker whose exposure to ultraviolet radiation may exceed those limits any eye and skin protection specified by a duly qualified medical practitioner or OHS officer, and if an officer requires it, a personal monitoring device to evaluate the worker’s exposure

Laser Radiation: Employer that’s the owner of a laser or laser device must: (a) Ensure it’s installed, operated, labelled and maintained in accordance with ANSI Z136.1-2000 (or ANSI Z136.3-2004, if it’s a health care facility); (b) Fully inform all occupational workers who may be exposed to radiation from a laser or laser device of class 2, 3a, 3b or 4 as to the hazards of this radiation under the conditions of use; and (c) Ensure that no part of the body of any person is deliberately exposed to the direct beam of a class 3 or 4 laser except under the direction of a duly qualified professional

Radiation Health and Safety Act Regs (Part IV, Both Ionizing & Non-Ionizing Radiation): Employer that’s the owner of ionizing or non-ionizing radiation equipment must: (a) Give the department written notice of accidents involving the equipment; (b) Take all reasonable steps to minimize the possibility of unnecessary irradiation of occupational workers or members of the public arising from malfunction of the equipment; (c) Post required warning signs and notices