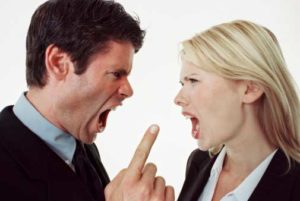 An investment company employee and the receptionist often felt threatened when confronted by irate investors. The employee complained to management about the need for workplace violence/harassment procedures but her complaints were dismissed. She called the MOL about her safety concerns but declined to have an inspector come to the workplace. A month later, the receptionist complained to the MOL, which sent an inspector to the workplace. The next day, the company fired the employee, who filed a reprisal complaint. The Labour Relations Board upheld the complaint, ruling that it didn’t matter that the employee was fired mainly due to the appearance of the inspector because of the receptionist’s call to the MOL. The company fired her at least in part because she’d raised safety concerns and wanted the employer to adopt a formal policy to deal with workplace harassment and violence. So the Board ordered the company to pay her almost $5,000 in damages [Abigal C de los Santos Sands v. Moneta Marketing Solutions Inc., [2014] CanLII 33527 (ON LRB), June 17, 2014].