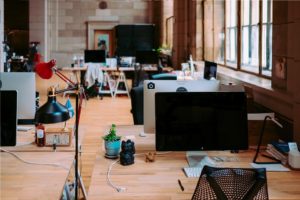 The Common Interpretation: The duty applies to hazards located on the grounds of the employer’s actual facility or site.

The Problem: The OHS laws define the word “workplace” broadly to include not just the four corners of the physical site but any location in which the work is carried out. (Click here to see the definition of “workplace” in your jurisdiction.)

Translation: You could be liable for failing to control hazards outside your facility, especially if your workers perform job functions off-site.  Adding to the concern is the traditional attitude of courts that the OHS laws are “remedial” in nature and should be interpreted as broadly as possible to effectuate their objective of protecting worker health and safety.

The Good News: So far at least, the courts haven’t taken the bait. Here are the two leading cases.

The most recent case challenging the elasticity of OHS workplace safety duties is a federal ruling in July involving the Burlington, Ontario post office. At the centre of the controversy was Section 125(1)(z.12) of the Canada Labour Code which requires employers to allow the JHSC to do an annual inspection of not just the workplaces they control but the ones they don’t control to the extent they control the work activity carried out there.

The JHSC inspected the Burlington facility. But the committee also wanted to inspect the carriers’ routes. When management refused, the JHSC worker members filed a complaint. The OHS inspector agreed with the JHSC and cited Canada Post for violating Section 125(z.12).

But the OHS Tribunal overturned the citations. Sure, the OHS Act is remedial. But the point of the inspection rule is to make employers identify and fix hazards, the Tribunal reasoned. And CP couldn’t fix hazards along the carriers’ routes because it had no physical control over those locations.

The JHSC appealed but the court found the ruling reasonable and refused to overturn it. According to the court, requiring CP to inspect carriers’ routes would “over-extend the work place inspection obligation beyond what is reasonable and logical” [Canadian Union of Postal Workers v. Canada Post Corporation, 2017 FCA 153 (CanLII), July 13, 2017].

Significantly, this isn’t the first time that a court has resisted the call to overextend OHS “workplace” duties in the name of safety. The leading case is a 2013 ruling from Ontario in which a hotel guest drowned in an unguarded swimming pool. The OHS inspector claimed the death was a “workplace” fatality and cited the hotel for not reporting it to the MOL (under Sec. 51(1) of the Ontario OHS Act).

As witnessed by the adoption of regulations requiring employers to protect workers who work alone or in isolation, the geographical scope of workplace duties is based on employer control rather than property lines. At the same time, while OHS laws are meant to be interpreted broadly to serve the health and safety objective, there are also limits on how far safety duties can be stretched.