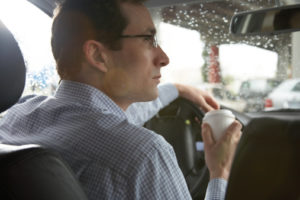 A worker was driving to work in a company truck when he stopped for coffee. While getting the coffee, he hurt his back. The worker filed a workers’ comp claim, which was denied. So he appealed. The Appeals Tribunal reinstated his claim, relying largely on a prior similar case in which workers met in a coffee shop’s parking lot before driving together in a company vehicle to a worksite to start their shifts. They were injured in an accident when they left the lot and their workers’ comp claims were upheld. The Tribunal found that the fact the worker in this case was stopping for coffee on his way to work didn’t remove him from the scope of his employment or distinguish his scenario enough from the other case to warrant denial of his claim [20178276 (Re), [2017] CanLII 21150 (NB WCAT), March 29, 2017].