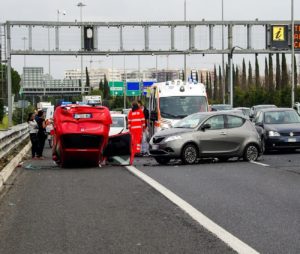 A worker was riding as a passenger in a company car on the way to a worksite when they got into a car accident. He braced himself with his left arm on the dashboard at the moment of impact and suffered a labral tear to his left shoulder as a result. He filed a workers’ comp claim. But the employer argued that because the accident happened after the worker and driver had stopped at a coffee shop, the injury wasn’t compensable. The Appeals Commission disagreed. There was no evidence that the accident occurred because they’d stopped for coffee or that this short stop removed the worker from the course of employment. Rather, the car accident happened during travel in a company vehicle to a worksite for a work-related purpose and thus during travel under the employer’s direction and control. So the injury was covered by workers’ comp [Decision No: 2013-0191, [2013] CanLII 12001 (AB WCAC), March 7, 2013].