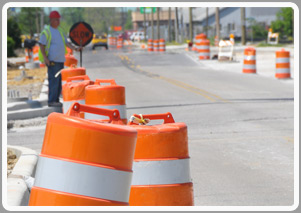 A traffic control person was working at an intersection where a paving company was resurfacing roads. He was using a Slow/Stop sign mounted on a pole and was wearing high-visibility clothing. He tried to direct the driver of a vehicle to stop and was in the process of allowing stopped vehicles in the other lane to proceed. Instead, the vehicle entered the intersection and struck the traffic control person. He was transported to the hospital, where it was determined that he suffered fractures and contusions. The paving company pleaded guilty to failing to ensure that a worker didn’t direct vehicular traffic for more than one lane in the same direction. The court fined it $80,000 [Furfari Paving Company Ltd., Govt. News Release, Feb. 11, 2016].