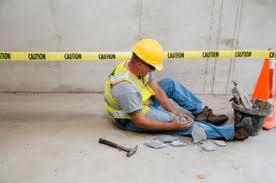 Neither an employer nor its workers want workplace injuries or illnesses to occur, but they happen. And when they do, employers must help an injured or ill worker while he’s out recovering and when he’s able to return to the workplace in some capacity. In fact, cooperating in your workers’ return-to-work (RTW) efforts and easing their transition back into the workplace may be required under OHS or workers’ comp law. So here are seven dos and don’ts to help you comply with the RTW requirements and assist injured or ill workers in rejoining the workforce.

Specific duty. Many jurisdictions specifically impose duties on employers when it comes to an injured worker’s return to work, usually in their workers’ comp law and/or regulations. These jurisdictions generally require employers to:

Implied duty. In other jurisdictions, employers don’t have specific RTW duties under either the OHS or workers’ comp laws. But across Canada, employers do have a duty under the human rights laws not to discriminate based on disability. This discrimination ban means employers can’t fire a worker because he got injured or sick on the job and must accommodate an injured worker to allow him to return to work. So employers in these jurisdictions essentially have an implied duty to help an injured or ill worker return to work.

Here are seven examples of things you should—and shouldn’t—do when it comes to handling injured or ill workers and their return to work.

Some workers’ comp laws require employers to cooperate in the RTW process. This duty may specifically include contacting the worker as soon as possible after the injury or illness occurs and maintaining communication while he’s impaired and recovering. But even without this specific requirement, employers should maintain regular contact with injured or ill workers while they’re home or in the hospital. Studies have shown the importance of such contact. For example, an injured worker’s recovery may be hampered if he feels cut off or abandoned by his employer.

RTW CONTACT LOG: Use this Return to Work Contact Log to keep track of all contacts with a worker while he’s out due to injury or illness and with anyone else involved in the worker’s case, such as treating health professionals and case managers.[/learn_more]

As noted above, staying in touch with workers while they’re out recovering is critical. Often a designated individual, such as an HR representative, case manager, RTW coordinator or safety coordinator, will spearhead that effort. But it’s also important to include an injured or ill worker’s supervisor and co-workers in the RTW process, too. Research has shown that these individuals not only are impacted by the worker’s absence and this process but also can contribute to its success.

For example, one study found that the efforts of on-site nurses, case managers and others to facilitate injured workers’ return to work shouldn’t substitute for the involvement of supervisors. Supervisors should be encouraged to maintain supportive and regular contact with workers who are out—even if their return to work isn’t imminent. Another study concluded that supervisors should be trained on their role in your RTW program to ensure that they’re more involved with injured workers, both while they’re out and when they return to work. In addition, two studies examined the role co-workers play in an effective transition back to work for injured or ill workers and found that it was crucial that employers effectively communicate with co-workers so that they understand the worker’s injury or illness, are consulted about RTW plans and are given guidance on how they can assist.[/learn_more]

To help return an injured or ill worker to his job as soon as is safely possible, you should have a RTW plan. This written document should be developed by the worker, his supervisor, the treating health professional and, where appropriate, the RTW coordinator and/or union representative. The plan should spell out the worker’s healthcare needs, a RTW goal, the actions needed to achieve that goal and a time frame for doing so.

RTW PLAN TOOLS: Use this form to ensure that you get all the information you need to develop an effective RTW plan for an injured worker, such as his condition, functional abilities and limits, and any required accommodations. And adapt this Model RTW Plan based on the information you’ve gathered.[/learn_more]

The OHS laws bar employers from retaliating against workers for exercising their safety rights, such as by refusing unsafe work. The workers’ comp laws also bar reprisals. For example, they may prohibit employers from firing workers because they’ve become injured or ill. (This chart shows the protections from reprisals provided in the workers’ comp laws of each jurisdiction.) In addition, the workers’ comp laws typically provide that if an employer re-hires an injured worker and then fires him within six months of his return to the workplace, it’s presumed that it did so because of the injury and so didn’t fulfil its re-employment duties. However, employers may rebut this presumption by proving that the termination wasn’t tied to the injury or illness. For example, if you rehired an injured worker and then fired him three months later because he was drunk on the job, got into a fist fight with a co-worker or committed a serious safety infraction, you’d likely be able to rebut the presumption.

A corollary of the ban on firing injured or ill workers is the requirement that you reemploy them when they’re able to return. The duty to reemploy generally applies to workers who’d been employed by the employer for at least a year when they got injured or sick. This duty is usually triggered when the employer is notified by the worker or the workers’ comp board that the worker is medically fit to return to work in some capacity. But the reemployment duty doesn’t last forever. Depending on the jurisdiction, the obligation may end six months to two years from the date of the injury or when the worker’s able to perform the essential duties of his pre-injury job.

The workers’ comp laws typically codify the duty to accommodate established by the human rights laws. That is, they require an employer to accommodate the work or the workplace to suit the needs of the returning worker to the extent that such accommodations don’t cause the employer undue hardship. (To learn what you have and don’t have to do to accommodate injured workers, watch this recorded webinar.)

The duty to accommodate applies to all three types of work you may have to offer a worker returning from an injury as discussed above. So if a worker can return to his pre-injury job provided you modify his work station, you’ll have to make the necessary changes unless they’re so costly or would so radically alter the workplace that they constitute an undue hardship.

ACCOMMODATION FORM: Use this form to help you gather information you’ll need to either properly accommodate a disabled worker or show that such accommodations would be an undue hardship. [/learn_more]

Insider Says: Note that there are certain types of medical information that are generally beyond an employer’s reach, such as a diagnosis or information about the nature of ongoing medical treatment.[/learn_more]

An employer’s first goal should be to protect workers’ health and safety so that they don’t get injured or sick. But no OHS program is perfect. So when a worker does get hurt or ill, the employer’s focus should shift to helping that worker recover and return to work quickly and safely. Following these dos and don’ts will help you achieve that goal.

Join us on July 15, 2015, for a webinar in which Kevin MacNeill, Partner, Emond Harnden LLP, will explore some additional RTW dos and don’ts. Topics covered will include:

OHS Insider members can register here for free. All others can attend for just $47.[/box]