Impact of the Recession on Workers’ Comp Claims 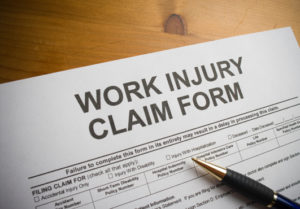 During a recession, one fear is that companies will spend less on safety and so more workers will get hurt. As a result, the number of workers’ compensation claims will increase. But is this reasoning sound?

Researchers from the Institute for Work & Health studied the workers’ comp claims filed in Canada from 2006-2010, including the recession years 2008-9. They recently published their results.

The researchers focused on the experiences of five provinces—AB, BC, MB, ON and SK—and three key industries—construction, healthcare and transportation. They relied on two key sources of data: counts of lost-time claims and no-lost-time claims from provincial workers’ comp boards.

Why the steep decline in the number of workers’ comp claims filed? Although the researchers considered the possible “chilling effect” a recession can have on discretionary decisions on the part of workers and em­ployers concerning the filing of claims, they concluded that the decrease was primarily attributable to lower workplace risk for injury and illness.

For example, with fewer workers on the job, the oldest—and often least safe—equipment may be taken out of use. There may be fewer new, inexperienced workers, who are more vulnerable to injury. The most hazardous industries are often the hardest hit by recessions. And during economic downturns, the pace of work may be slower, which reduces the risk of work-related injury and illness.

Bottom line: The most recent recession didn’t lead to an increase in workers’ comp claims and, in fact, resulted in a sharp decrease.

A prior study from the Netherlands looked at the connection between a recession and the number of workplace safety incidents. Click here to read about those researchers’ conclusions.